Bulgaria: Police Officer injured during a Chase with Migrants remains in Critical Condition 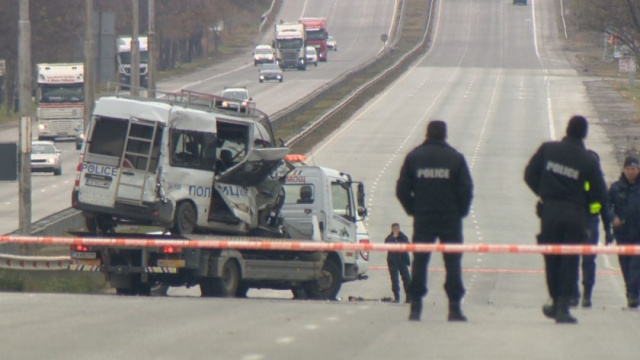 The condition of the policeman who was injured yesterday during a chase with migrants near Kazichene remains critical. The fight for his life continues and the man is still in intensive care.

Yesterday he was placed in a medically induced coma and on mechanical ventilation to allow his brain to recover. The bus driver and three injured migrants also remain in St. Anna Hospital.

The migrants are Syrian citizens between the ages of 20 and 30 - one has a broken leg, the other has a scalp wound and the third has an injury. A 19-year-old migrant was admitted for treatment at the Military Medical Academy. All of them are without direct danger to life.

The driver of the bus is to be charged with two charges - for causing the accident and for embezzlement.

A car with a Polish registration was detained near Dragoman after a chase with the police on the Trakia highway, the Ministry of the Interior reported to BNT.

According to unofficial information, illegal migrants were being transported in the car. The pursuit began in the area of Trajanovi Vrata passage after the driver of the car did not obey a police order to stop.

The law enforcement authorities found 10 illegal migrants in it.

The driver is a woman with Polish citizenship. No one was injured during the pursuit.