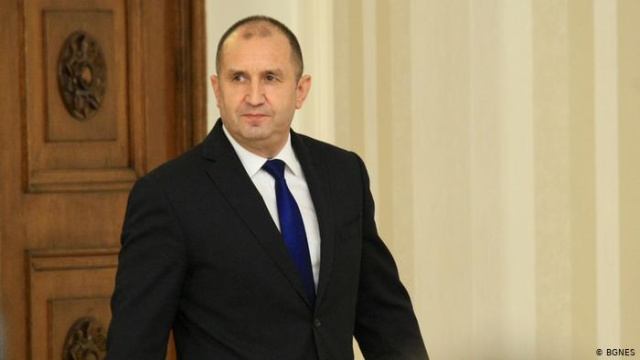 Bulgaria actively participates in all NATO exercises in the Black Sea region and even hosts some of them. This was stated by President Rumen Radev at the "Black Sea: The Near East" conference. In his words, the means of diplomacy have not yet been exhausted regarding security in the region.

"An important task is to strengthen security in the Black Sea region. At all forums, I have always insisted on ending the war. It is important that Bulgaria defends unity in NATO and the EU. Diplomacy is not exhausted," Radev believes.

According to the president, the situation in the Black Sea region and the war in Ukraine pose a difficult prospect for security. It refers to disrupted shipping, mines in the Black Sea, disrupted food supplies.

"These actions will only affect our economy. Because the price of imports in our country will rise. The war has shaken investors, hit tour operators. The Black Sea is an inland sea and passing through the straits slows down shipping," he pointed out.

The president pointed out that the modernization of the army is important. He gave an example of the construction of 2 patrol ships, pointing out that there is also interest from other countries in our production potential. Negotiations are underway for the delivery of 2 submarines.

According to the head of state, our country is lagging behind in the modernization of ports and naval bases. At the same time, our country has applied to become the coordination center of the NATO Navy.

In his speech at the conference, the president emphasized the Black Sea economic cooperation, in the context of the post-war reconstruction of Ukraine.

According to him, Bulgaria has an important role in guaranteeing the safety of shipping because of our modern electronic systems for controlling sea routes.

Radev also emphasized on air routes - all traffic from Europe and the Middle East passes through Bulgaria due to the closed airspace over Ukraine from Russia, with the load being taken over by the RVD. He added that this year there are 900,000 flights through our country, and next year their number is expected to exceed one million.

Border crossings are another important element, the president pointed out. According to him, we are lagging behind in terms of border crossings due to the fact that traffic has been diverted through Bulgaria after Russia closed its borders to transport to Europe.

In terms of energy diversification, according to the president, one should think about changing the direction of the Alexandroupolis-Burgas oil pipeline, because it was designed for Russian oil, and now the direction should be changed with the idea of ​​other easy non-Russian oil supplies through Greece for Bulgaria

Radev refers to the Montreux convention, where there is no ban on the import of liquefied gas tankers, but they are not allowed to come to Bulgaria, which is why we cannot build a terminal in our country.

According to him, explorations for gas deposits lag behind in our economic zone compared to Romania and Turkey.

A joint board of cross-border transport projects with Greece is expected.