Bulgaria: Serious Accident with Injured Police Officers after a Chase with Migrants in Sofia 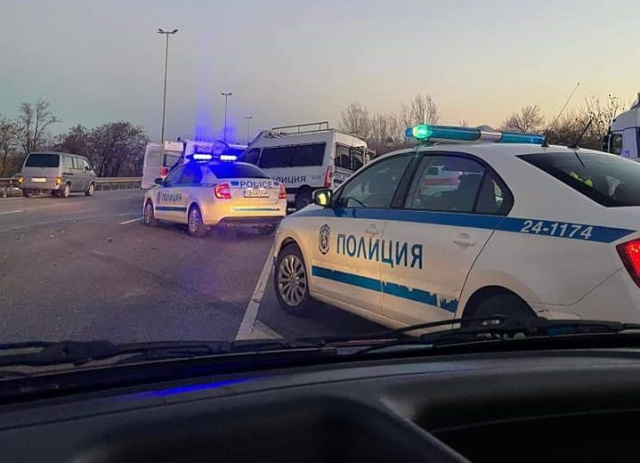 Serious accident with injured policemen on the ring road in Sofia. A bus carrying 10 illegal migrants collided with a gendarmerie van. One police officer was seriously injured and was transported to the hospital. There were other injured in the accident.

The ring road in the Kazichene area is closed due to the investigation. This led to the formation of large traffic jams on Tsarigradsko Shose, as well as on the Ring Road in the area of ​​the Kazichene turnoff.

The worst injured was a 51-year-old employee of the Ministry of the Interior. He fell unconscious and was taken to St. Anne's Hospital, where he underwent emergency surgery. Three of the migrants in the bus were also injured. They are of an apparent age of 20-30 years. One employee of the Ministry of Internal Affairs was also taken to the Military Academy Hospital. Two of them were taken to the VMA, and the third to "St. Anna". In the accident, another man was injured - about 20 years old, who was taken to the hospital.

The accident occurred after the bus with migrants exited the ring road from the "Trakia" highway, after which the chase with the police began.

In its idea to stop the illegal immigrants, another gendarmerie van blocked his path. However, the driver did not stop and crashed into the police vehicle. The man was injured, but there is no information on his condition.

According to Bulgarian National Radio information, the migrants are Syrians.