I Talk When I Want To: Cristiano Ronaldo breaks Silence on Manchester United Interview (Video) 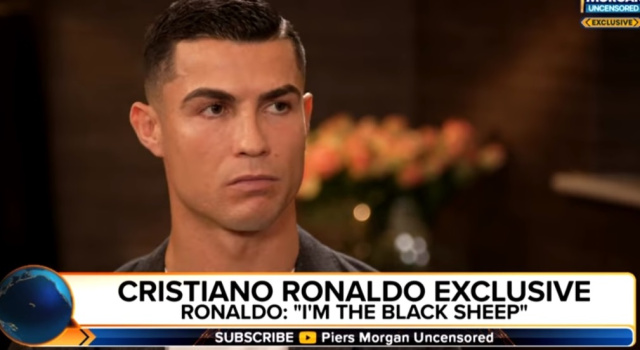 Portugal superstar Cristiano Ronaldo made a surprise media appearance in which he hit back at criticism over his explosive Manchester United interview insisting "I talk when I want to''.

Portugal will open their 2022 World Cup campaign against Ghana on Thursday. The five-time winner of the Ballon d'Or, who has had a frustrating season at Manchester United doing regular bench duty, startled the world with a series of videos in which he took aim at the Manchester United board, manager Erik ten Hag, and former players like Wayne Rooney.

With the revelations, he appears to have ended his second stint at Old Trafford, though it has been questioned whether the timing of that interview could have an effect on the Portugal team as they get set to launch their World Cup campaign.
Ronaldo, who has offered no apologies after making an impromptu appearance at a press conference in Qatar was quoted as saying by GOAL.com, "Timing is always timing. From your side, it is easy to look at how we can choose timings. Sometimes you write truths, and sometimes you write lies. I don't have to worry about what others think. I talk when I want to. Everybody knows who I am, what I believe in."