Schools close in Beijing due to new wave of COVID-19 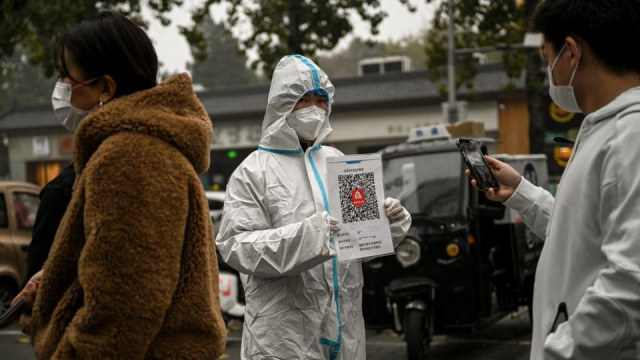 Students in several Beijing districts have returned to online classes after authorities urged residents in some of the worst-hit areas to stay home as the number of people infected with COVID-19 in the Chinese capital and the country rose.

China is grappling with multiple outbreaks of COVID-19 from Zhengzhou in central Henan province to Chongqing in the country's southwest and reported 26,824 new cases on Sunday, approaching April's peak. Two deaths were also reported in Beijing, compared with one on Saturday, which was China's first since late May.

Guangzhou, a southern city of nearly 19 million people that is grappling with the worst of China's recent outbreaks, ordered a five-day lockdown of the Baiyun district, which is also the most populous. Restaurants and nightclubs and theaters were closed in Tianhe, the city's main business district.

The latest Covid wave is testing China's resolve to stick to adjustments it has made to its zero-covid policy, which calls on cities to be more targeted in their tightening measures and refrain from full lockdowns that stifle the economy and disappointed the population.