Beer will be Banned from World Cup stadiums in Qatar 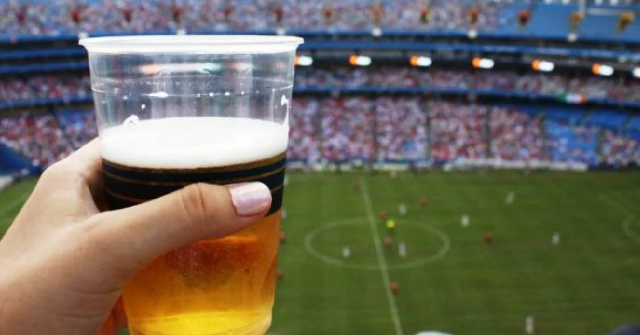 No alcoholic beer will be sold in Qatar World Cup stadiums. This was announced by the International Football Federation (FIFA) in a statement on Friday.

This decision comes just two days before the start of the tournament, which is on Sunday. The World Cup is the first to be held in the Middle East, in a conservative Muslim country with strict controls on alcohol, the consumption of which is banned in public places.

One of the main sponsors of the world championship is Budweiser beer, owned by the beer producer AB InBev. The company was to sell beer within the ticketed perimeter around each of the eight stadiums three hours before and one hour after each game

"The tournament organizers appreciate AB InBev's understanding and continued support for our joint commitment to take care of everyone during the FIFA World Cup," FIFA said in a statement.

Shortly after the news was announced, Budweiser tweeted: "This is a little awkward." However, the tweet was later deleted.

According to Reuters, the cancellation comes after lengthy negotiations between FIFA president Gianni Infantino, Budweiser and the heads of Qatar's Supreme Committee for Delivery and Legacy (SC), which organizes the World Cup. This is explained by a source familiar with the negotiations, who requested anonymity.

"A larger number of fans will attend from across the Middle East and South Asia, where alcohol doesn't play as much of a role in the culture," the source said.

The question of the role of alcohol at this year's World Cup has been raised since Qatar won the hosting rights in 2010. While not a total prohibition country like neighboring Saudi Arabia, consuming alcohol in public is illegal in Qatar.

Visitors cannot bring alcohol into Qatar, even from the airport's duty-free zone, and most cannot buy alcohol at the country's only liquor store. Alcohol is sold in the bars of some hotels, where beer costs about 15 dollars for half a liter.

Budweiser will still sell alcoholic beer at the main FIFA Fan Festival in downtown Doha, according to the Reuters source. There it is available for about 14 dollars for half a liter. Alcohol will also be sold in some other fan zones, while others will be alcohol-free.