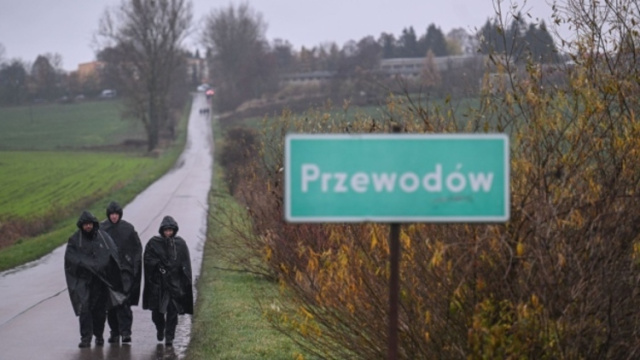 Poland is likely to allow Ukraine to participate in the investigation into Tuesday's explosions, when a rocket killed two people on Polish soil. Polish President Duda said yesterday that this is an isolated case and there is no direct threat to Poland's security. And in the Kherson region liberated in Ukraine, investigators found bodies with signs of torture.The investigation into the explosions on Polish territory is being conducted by a joint Polish-American team.

"I see no reason for the two countries to refuse the participation of Ukrainian specialists, as Kyiv requested," said the foreign policy adviser to the Polish president.

According to initial analyses, the missile was fired from Ukraine in an attempt to neutralize a Russian missile. Ukrainian President Volodymyr Zelensky denies this version and insists that his country participate in the investigation.

In Ukraine, investigators have found evidence of torture in the recently liberated Kherson region.

"After the Russian withdrawal, 63 bodies were found with traces of torture," announced Ukrainian Interior Minister Denis Monastirsky. According to him, more than 430 cases of war crimes were established during the Russian occupation. He also reported that 11 places were found where people were detained, and torture was carried out in 4 of them.

Moscow denies that its troops have deliberately attacked civilians or committed atrocities in the occupied territories. Mass graves have been found in other parts of Ukraine previously occupied by Russian troops, with bodies of civilians bearing signs of torture found among the bodies.

Read more from the 267th day of the war in Ukraine.