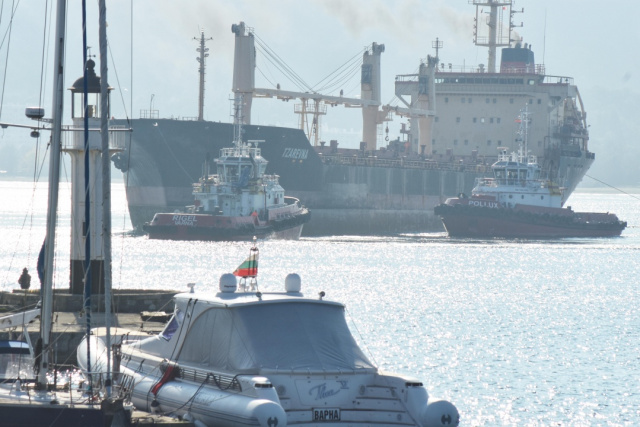 Almost nine months, of which six days sailing to Varna, takes the last voyage of the ship "Tzarevna". At noon yesterday, the vessel docked in Varna after the months-long blockade in the Ukrainian port of Mariupol. "Tzarevna" was there from February 22 to November 10.

"There were periods of intense shelling of the port - about a month and a half with constant skirmishes. Bombs were falling even at a distance of 20 meters from the ship. It was the first time for all of us to be at war," said Captain Pavel Pavlov.

He, along with four other people - two Bulgarians and two Ukrainians, voluntarily stayed on board after the remaining 14 crew members were evacuated from "Tzarevna" in mid-April.

"We have had no problems with either the Ukrainian or the Russian authorities," Pavlov said and added: "As for the losses, they are mostly emotional."

For the voyage from Mariupol to Varna, the crew was filled with Ukrainian sailors. "If they wish, they can continue to work with the operator company," said its representative Daniel Stefanov.

After the vessel is repaired, it will be diverted to calmer waters. Losses are yet to be calculated. In Varna, the ship "Tzarevna" arrives without its cargo, which has been unloaded. "We don't know what happened to it," the company said.

When "Tzarevna" was stuck in the middle of a war in Mariupol, it was loaded with rolled steel.