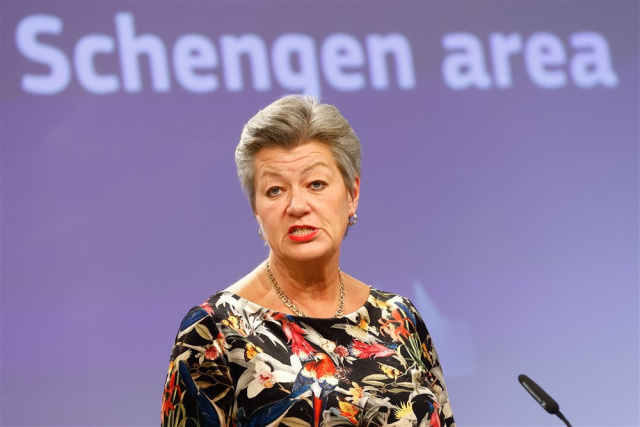 The applications of Bulgaria and Romania for entry into Schengen will be voted separately from that of Croatia. This was announced by the European Commissioner for Internal Affairs Ylva Johansson, referring to information from the Czech Presidency of the Council of the EU.

EU interior ministers are due to vote on December 8 on the acceptance of the three countries that have met the technical conditions for doing so. Already in 2011, Bulgaria and Romania were announced by the European Commission to enter the Schengen area.

Unlike Bulgaria and Romania, against whose admission to Schengen there are objections in several countries, including the Netherlands and Sweden, Croatia's candidacy does not raise doubts. The split vote will allow Zagreb to become part of Schengen on January 1 if unanimity cannot be reached for Sofia and Bucharest.

Johansson also announced that, at the request of some countries, an additional inspection of Bulgaria and Romania is currently being conducted to fulfill the Schengen criteria, although there were such missions in mid-October as well. This time, the delegation inspecting the two candidates also includes experts from the Netherlands and Sweden, said the European Commissioner.

As topics of additional interest, the European Commissioner indicated the issuance of visas and data protection.

On Wednesday, the European Commission called for Bulgaria, Croatia and Romania to be accepted into the Schengen area to allow travel between those countries and most of Europe without border controls.

The EU executive asked the European Council, the EU's 27-member group, to take the necessary decisions to accept the three countries into the 26-member Schengen area, which stretches from Iceland to Greece.

Bulgaria and Romania completed the assessment process in 2011, but the Council has delayed the removal of internal borders for more than 11 years, citing obstacles mainly related to the state of the rule of law.

The Council confirmed in December 2021 that Croatia, which joined the EU in 2013, had fulfilled the conditions for joining the Schengen area.

The European Commission confirmed on Wednesday that the three countries were ready, publishing a document reviewing the fulfillment of membership criteria, in order to help the countries make a decision, according to Johansson.

EU governments are expected to vote on the participation of the three candidates at a meeting of interior ministers on December 8. Some countries have expressed concern about the participants' track record in fighting organized crime and dealing with migration.

The three potential new entrants had to show that they have robust control and monitoring of their borders with non-Schengen countries, that they prioritize the fight against cross-border crime, can share information and have systems in place for asylum seekers.