US: The Missile that Landed in Poland was fired by Ukrainian Air Defense at a Russian Missile 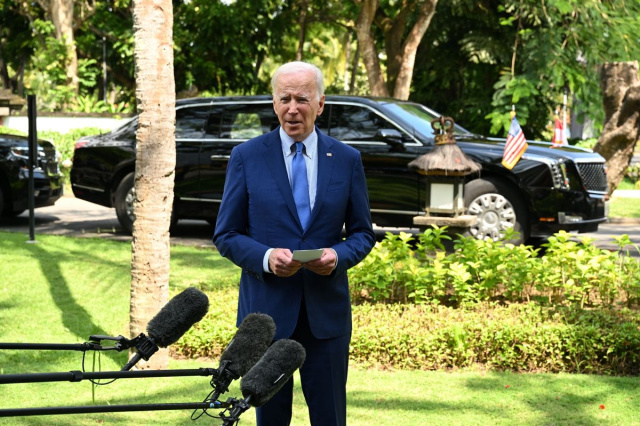 Three American officials reported that, according to initial data, the missile that hit Poland was fired by Ukrainian forces at an approaching Russian missile, the Associated Press reported, quoted by BTA.

According to them, this happened against the background of yesterday's devastating missile salvo fired by Russia against Ukraine's electricity infrastructure.

Officials quoted by The Associated Press spoke on condition of anonymity.

This assessment and the remarks of US President Joe Biden at the G20 summit in Indonesia are at odds with the information given last night by a senior US intelligence official who told the Associated Press that Russian missiles had fallen on Polish territory, notes the agency.

The United States and its NATO partners are investigating an explosion that killed two people in Poland, but initial information suggests it may not have been caused by a missile fired from Russia, US President Joe Biden said earlier, as quoted by Reuters.

Biden spoke after world leaders attending the G20 summit in Bali, Indonesia, held an emergency meeting over the deadly explosions in Poland, which Ukraine and Polish authorities said were caused by Russian-made missiles.

Asked about claims that the blast was linked to Russia, Biden said:

"There is preliminary information that disputes that. I don't want to talk until we have a full investigation. It is unlikely, based on the trajectory, that the missile was launched from Russia, but we will see."

The US and NATO countries will conduct a full investigation before taking action, Biden said.

The meeting was called by the US president after two people were killed in an explosion in a village in eastern Poland, near the border with Ukraine.

The meeting was attended by the leaders of the United States, Germany, Canada, the Netherlands, Japan, Spain, Italy, France and the United Kingdom. All but Japan are NATO member countries, as is Poland.

If Russia is blamed for the blast, NATO's principle of collective defense, known as Article 5, could be triggered, according to which an attack on one member of the Western alliance is considered an attack on all. That would open discussions about a potential military response, Reuters noted.

Poland said it was examining whether it needed to request consultations under Article 4 of NATO's founding treaty, which allows members to raise any issues of concern, particularly security, for discussion in the North Atlantic Council.

Poland summoned Russia's ambassador to Warsaw for an explanation after Moscow denied responsibility for the incident in the Polish village.

Read more from the 266th day of the war in Ukraine.