Sweden will probably Refuse to Accept Bulgaria in Schengen 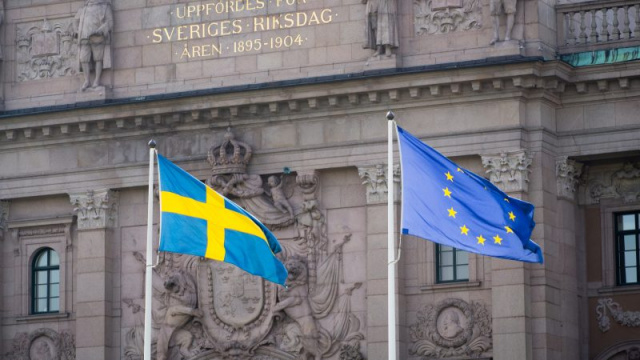 The proposal of the Swedish government to accept Bulgaria, Romania and Croatia in the so-called Schengen agreement is likely to be rejected by the parliament in Stockholm. The reason is that the Social Democrats and the Sweden Democrats do not agree on the state of the fight against corruption and organized crime in these countries.

This means that the Netherlands will not be the only EU and Schengen country not to agree to the expected early December vote on the issue.

The three countries have the support of the European Parliament and positive signals from the European Commission. But national governments can stop the process.

The publication "Dagens Nyheter" and the Swedish public television SVT reported this development, citing deputies in the parliament in Stockholm. Ardalan Shekarabi, the Social Democrats' legal affairs spokesman, said that "we think we have to start from Swedish national interests," he says, and SVT commented that this points to the government's first defeat in the Riksdag.

Shekarabi reminds that criticisms of corruption and organized crime are contained in the last two reports of the European Commission on the rule of law.

"We need tools to fight crime and prevent it, as well as good control over who enters and leaves our country," he adds and recalls cases of exploitation of workers from Bulgaria and Romania in the country. "The issue is not a minor one. In practice, this would mean removing controls on entry and exit from Sweden."

Shekarabi expressed surprise at the end of the week that the government decided at this moment to submit the proposal without consulting two of the four governing parties - the Social Democrats and the Sweden Democrats.

SVT also quotes a member of the legal commission in the parliament, according to whom the proposal of the Swedish government is not covered by the conditions of the so-called Tidö Agreement of 14 October, whereby the four parties of the right-wing bloc agreed on 14 October to appoint Ulf Kristersson as Prime Minister.

The daily "Dagens Nyheter" reported on Friday that there is disagreement with the extension of Schengen in the legal committee of the parliament. Adam Marttinen, a committee member from the Sweden Democrats group, said: "When it comes to foreign policy and when it comes to issues related to EU issues, the Sweden Democrats will act according to their own policy, which we have announced in advance. We will not we feel constrained by the fact that at Tidö we agreed on other areas". The principle position of Sweden Democrats is that the right of individual EU countries to strengthen border control should be respected and not weakened.

Marttinen also accused the Romanians of creating problems in Sweden: "Regarding Bulgaria and Romania, Sweden is currently facing major problems with citizens from these countries abusing the existing mobility directive and posing a challenge to public order in Sweden." In the Tidö Agreement, for example, at the insistence of the Sweden Democrats, a requirement was included that the government investigate introducing a national ban on street begging.

He also cited "widespread corruption and the lack of a fight against organized crime" and said he was concerned that Romania's accession would move Schengen's external border to that of Ukraine.

Sweden Democrats is defined as a far-right, Eurosceptic and xenophobic party, which for years was isolated from other parties. But in the current government, it has been given the opportunity to dictate some policies because of an agreed special format. According to it, the Social Democrats, the Moderate Party and the Liberals will govern with a minority government, but the Sweden Democrats will give them parliamentary support against the appointment of proposals to the administration.

In addition, each year party leaders will decide how to continue governing for the next 12 months. The Sweden Democrats have the same weight in policy-making as the other three parties in government.