Bulgaria: The Ukrainian Refugees will stay for 4 Months in the Places where they are Accommodated 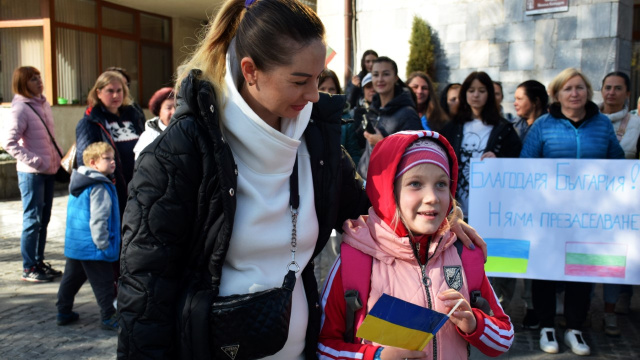 The Minister of the Interior, Ivan Demerdzhiev, announced that the Ukrainian refugees will remain for another 4 months in the places where they are accommodated under the same conditions.

However, the new arrivals will pass through Elhovo, after which they will be distributed to state resorts, which are undergoing cosmetic repairs.

"Those of them that we found during our inspection - that's nearly 11,000 people - will remain in the places where they are with their children, under the same conditions, and the rest, who are yet to come to the territory of Bulgaria will pass buffer through Elhovo, they will stay there for up to 30 days and will be directed to the state resorts that we have prepared," said Ivan Demerdzhiev.

The interior minister also stated that the migrant pressure along the border is decreasing. He explained that if at the peak there were 1,600 people per day trying to illegally enter Bulgaria, now they have dropped to 600.