Survey: The Majority of Bulgarians do not want a Presidential Republic 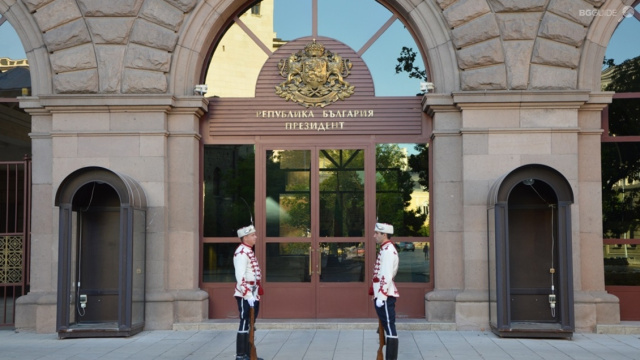 The Presidency building in Sofia

This is shown by the data of a Gallup International survey conducted between October 29 and November 6 among 809 people using the "face-to-face" method with tablets*. In the month after the elections, there were no major shifts in power. However, such can occur if it really comes to an election - it can be seen that in the last few election waves there are sometimes quick mobilizations in one direction or the other, which would stand out even more against the background of supposedly low turnout.

Three experimental questions were also asked – their data should not be read as fixed public attitudes, but rather as a tentative picture of public instincts as far as future or hypothetical situations are concerned. The preferences in the current situation were examined: to form a government, even with compromises, or to hold new parliamentary elections. The attitude towards the idea of ​​introducing a form of presidential republic was also checked. Attitudes towards the introduction of the euro in our country were checked once again, the sociologists specify.

56% of those asked choose the option "I prefer to form a government, even with compromises", compared to 26.7% who choose "I prefer to hold new parliamentary elections". The rest cannot answer. Government is preferred by majorities of nearly 80% of GERB supporters, over 60% of DPS supporters, nearly 60% of WCC supporters, over half of BSP supporters. And with DB, those who want a government are not a significant share, although in general the shares "government" and "elections" do not show a big difference. The big exception is "Vazrazhdane" - where a majority of nearly 60% is in favor of new elections. Of course, the accumulations of electorates in a sociological sample are not so large (especially for the smaller parties) that final conclusions can be drawn, but the data generally prove already observed trends - which were also caught in the exit poll.

A form of presidential republic should be introduced in Bulgaria, 24.5% of those asked rather agree, but 47.5% rather disagree. In general, the idea does not seem to arouse public enthusiasm. This confirms the agency's previous data. It should be noted that familiarity with the details of this topic is not high. A full 28% cannot judge.

Disagreement with the idea prevails among the main electorates, and the serious exception is that of BSP, where approximately equal shares are "for" and "against". Of course, this topic is also reflected in the attitude of the various electorates towards the current President Rumen Radev. Traditionally, the prospect of introducing the euro evokes some public anxiety. 55.9% in the country disagree that Bulgaria should introduce the euro, and 28.1% agree. 16% cannot judge. This type of attitude has been standard in our country for years and is not a surprise.

The curious thing is that the electorate that is most "for" is that of GERB, while all the others, even that of WCC, show rather reluctance. With "Vazrazhdane" and especially BSP, it tends towards unanimity. Of course, political preferences are hardly the only major factor. It appears that the desire to introduce the euro decreases with age and increases with income. It seems that a particularly clear explanatory campaign about the euro is needed to overcome public fears.

*The data is part of the monthly independent research program. The study was conducted between October 29 and November 6 among 809 people using the face-to-face tablet method. The sample is representative of the adult population of the country. The maximum standard deviation is ±3.5% for the 50 percent shares. 1% of the sample is equal to about 54 thousand people.