Lots Of Positives to Take From 2022 For Grigor Dimitrov 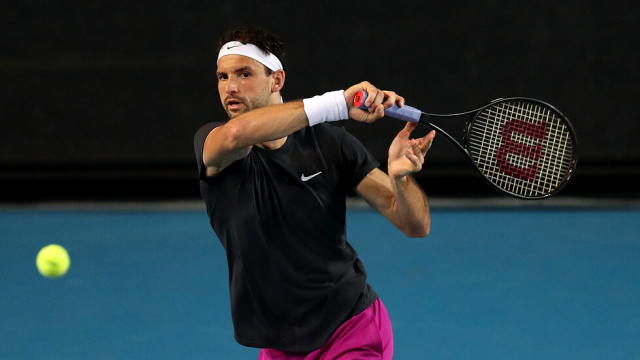 Bulgarian tennis player Grigor Dimitrov has had a solid year in 2022, which should give him a lot of confidence heading into next season. The 31-year-old claimed his 350th win on the ATP Tour earlier in the campaign, a big milestone in his career. Dimitrov became the 130th man in the Open era to get to 350 ATP Tour wins. It shows how consistent he has been since turning professional in 2008. With eight titles to his name, he is already one of Bulgaria’s most successful sportsmen in history.

Outright Odds Although he has had a lot of success at the highest level, Dimitrov is still searching for an opening Grand Slam title. He will be hoping it comes at the 2023 Australia Open. He is currently priced at +10000 in the sports betting odds to lift the trophy in Melbourne. Dimitrov reached the semi-finals of the Australian Open in 2017, so it would be no surprise if he was one of the sports betting tips for the event in January, or at least an outsider in the draw who could have a big tournament.

Big wins At Erste Bank Open The man from Bulgaria reached three semi-finals in 2022. Arguably, his most impressive run came at the Erste Bank Open in Vienna. Dimitrov was unseeded in the draw which meant he had to face the number eight-ranked player in the world, Andrey Rublev, in the second round. He won that match in straight sets, which proved to be one of his best wins of the year.

Slicing his way into the semifinals ⚡
????????@GrigorDimitrov takes down Marcos Giron in a three set thriller and wins 6-3 4-6 6-4#ErsteBankOpen #ATPVienna #ATP500 pic.twitter.com/tc7l4BSE6Z

Dimitrov needed three sets to overcome American Marcos Giron on the indoor hard court. He held his nerve in the final set, winning 6-4 to book his spot in the last four. Unfortunately for him, his run came to an end in the semi-finals, as the number one seed, Daniil Medvedev, defeated him 6-4 6-2 before lifting the title. There were also last four appearances for Dimitrov in the 2022 Melbourne Summer Set tournament and the Monte-Carlo Masters, the latter of which was an ATP 1000 event. He ended his season with defeat in the Paris Masters in the third round.

Return To Top 10 Also the Focus In 2023 The two-time Bulgarian Sportsperson of the Year will be hoping to climb back into the top 10 of the ATP rankings in 2023. The highest he has reached so far is third place, which he held in November 2017. Dimitrov is a former winner of the ATP World Tour Finals, but he has not appeared at the end-of-season event since that victory five years ago. To get back into the tournament in 2023, he will need to considerably improve his ranking. The current world number 28 will now have some time out of the sport. He will then embark on training for the new season in December, with a view to playing competitively for the first time in early January. Dimitrov will see what the likes of Roger Federer, Rafael Nadal, and Novak Djokovic have achieved in their 30s and he will be hoping to replicate some of their success as he reaches the latter years of his career.