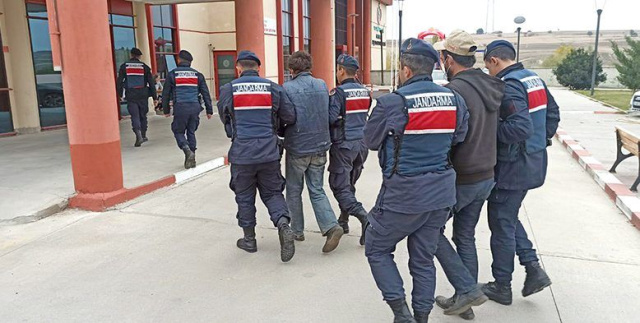 The two accused for the shooting on the Bulgarian-Turkish border, in which junior inspector Petar Bachvarov died, are facing the court in Edirne, Turkey. Yesterday, the two (E.E. and M.E.) were caught in a gendarmerie operation. During the search, the hunting rifle with which the Bulgarian policeman was shot was also seized, as well as 23 hunting cartridges. Turkish media say the two have a police record for multiple thefts.

Meanwhile, Bulgaria and Turkey have agreed to form a joint working group to fight organized crime, illegal immigration and customs, which will meet every month. This became clear after the meeting of the Deputy Ministers of Internal Affairs, Emil Ganchev and Ventsislav Katinov, with the Governor of Edirne, Huseyin Kursat Kirbiyik.

Bulgaria has asked Turkey to conduct a joint investigation into the shooting in which policeman Petar Bachvarov was killed.

Chief Prosecutor Ivan Geshev thanked the Turkish prosecutors for the quick reaction in connection with the murder of the border policeman.

On Twitter, the prosecutor stated that "the problem of human trafficking, which is connected with the murder of the Bulgarian policeman, can only be solved with our joint efforts".

There is a possibility that the two Turkish citizens detained for the murder of the border policeman will be extradited and tried in Bulgaria, said Interior Minister Ivan Demerdzhiev in Elhovo.

"There is such a possibility, of course it depends on the decision of the Turkish authorities - whether they will be extradited. Criminal proceedings have been initiated both in Turkey and in Bulgaria. I believe that the prosecutor's office will make such a request according to the relevant order, and accordingly the Turkish authorities will make a decision," commented Demerdzhiev.

The detained stalked migrants for 4 days

The detained for the murder of the Bulgarian border policeman Mustafa E. (34) and his brother Engin E. (28) stalked migrants in a forest near the Bulgarian border in order to rob them. This became clear in the court in Edirne, where the two were brought, Turkish media reported. It was learned that the brothers were shepherds and had records of theft.

In the courtroom, it became clear that the brothers went to the border area to take money or valuables from illegal immigrants and stayed in the forest for 4 days. They were robbing their victims 10 meters from the hole in the fence when they were spotted by border policeman Petar Bachvarov. He turned on his flashlight on them and warned them to leave the area, it became clear during the case. Then Mustafa E. opened fire with a rifle and immediately fled with his brother from the area in fog and light rain.