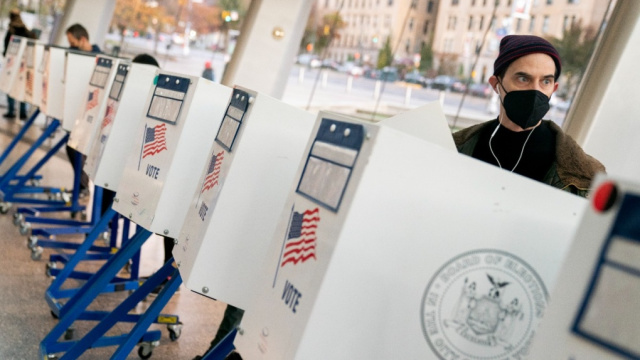 Analyzes, by American media, of the first preliminary results of the midterm elections in the United States predict a Republican victory in the House of Representatives. There is no clarity on the outcome of the Senate race. Exit polls show that inflation and abortion rights were the two most important issues for many Americans in this election.

From 1946 to the present, the incumbent's party has lost seats in the House of Representatives in midterm elections with two exceptions. An adviser to the president, Joe Biden, told CBS that several presidents had tough times during the midterm elections, but that didn't stop them from being re-elected. Legislation needs to be passed by both houses of Congress to pass, and if Democrats lose the House of Representatives, they may face pushback from Republicans to push their initiatives.

Thirty-five of the hundred Senate seats are up for grabs in this election, with no surprises so far, but it remains unclear how key battles will play out in places like Pennsylvania and Georgia.

It is possible to wait for days before the outcome of some battles becomes clear. It is normal for the final results of the elections to be delayed, and this does not necessarily mean that there are any attempts at falsification. What we hear as the first results are unofficial and the counting of ballots continues after that.

Unlike other countries, the US is largely decentralized, and this leads to the existence of a complex system of submitting the results of the vote - a system of state and regional administrations. Some states, for example, allow local election officials to begin counting mail-in ballots weeks before Election Day, others cannot do so until after Election Day

In America, in addition to Congress, other positions of responsibility and local politics were also voted for. According to the results of the gubernatorial election in Florida, the vote was won by Republican Ron DeSantis, who is considered a potential candidate for the next presidential election.

Iveta Cherneva: The Republicans will Win the Midterms – We will Witness Trump’s Return

President Biden has already congratulated some of the clear winners, and former President Donald Trump, in a speech in Florida, spoke of a "very exciting night" and pointed out that candidates he supports are leading in the preliminary results. As an example, he gave the battle for the Senate in Georgia, although at the moment the results between the Democratic and Republican candidates there are too close.