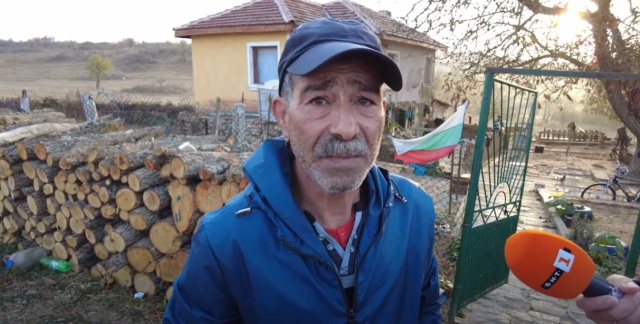 The people of the Bulgarian village Golyam Dervent are scared after last night's shooting at the Turkish border, where a young Bulgarian policeman was killed by a bullet.

"Now, for the first time, such things are happening in our country. In general, we have emigrants, they pass by regularly, but so far there has not been such a shootout," a woman from the village bordering Turkey told BGNES.

"They pass by in groups - 12, 18, 20 and 25 people, they usually run in these numbers. Morning, noon, evening... The border guards are minding their own business, the people, if it's not for them, I think, it will be chaos here... We have seen the Turks helping them, they put up ladders, climb up and pass, but our border guards are doing nothing," said another resident of the village.

"Of course, we will be afraid from now on, we won't be able to sleep, that's why I'm letting the dogs out... I don't even lock myself, my doors are open and anyone can enter," a local woman commented.

We remind you that last night, around 8:35 p.m., in the area of ​​the 242nd pyramid around the village of Golyam Dervent, a border patrol consisting of sergeant Petar Bachvarov and an employee of the Ministry of Defense came across a section of the fence.

Getting out of the official vehicle, the policeman pointed the flashlight at the section in question, immediately followed by a shot from the neighboring territory of Turkey, with which the Interior Ministry employee was killed, revealed today the Chief Secretary of the Interior Ministry Petar Todorov.

The group that fired the shots retreated into the interior of our southern neighbor.

Contact has been made with the Turkish authorities, and steps have been taken to identify the perpetrators so that they can be brought to justice.