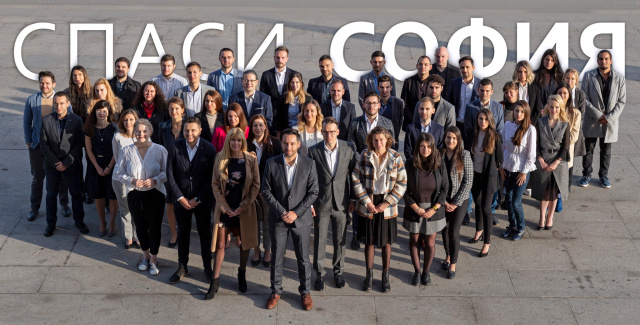 “We are creating the ‘Spasi Sofia’ (Save Sofia) party. 14 years ago, we started as three like-minded people who believed that it was up to us what kind of city we live in. Today, our cause to save Sofia attracts thousands - architects, engineers, lawyers, doctors, teachers, economists and above all active citizens from all over the city. We are growing, becoming more and more and giving a clear signal that we are ready to take responsibility for solving Sofia's problems.” This is what the founder of “Spasi Sofia” Boris Bonev said in a press release.

"That's why we are uniting active people involved in the city, who have capacity, energy and knowledge. In the fight for a better Sofia, not only a mayor is needed, but also municipal councilors and a dedicated team of experts. The ‘Spasi Sofia’ party will be the platform through which citizens and our team of experienced professionals will work together for the benefit of our city," he added.

Bonev came 4th for mayor with 47,936 of the votes of Sofia residents. And if "Spasi Sofia" had raised a whole list, there would have been a group of 10 councilors in the Sofia City Coucil.

Bonev is now a councilor and does not hide that he will again run for mayor. And in October he announced that this time the candidates from the association will certainly be on the list.

Exactly one year before the next local elections, his organization announced that it would become a political party.

According to the announcement of its initiative committee, the party will work for a non-partisan administration without corruption, increase in income and welfare of citizens, accelerated regional development and decentralization of local government, etc.