Radev on the Border Tragedy: I expect Bulgaria’s MFA to call the Turkish Ambassador and demand Full Investigation 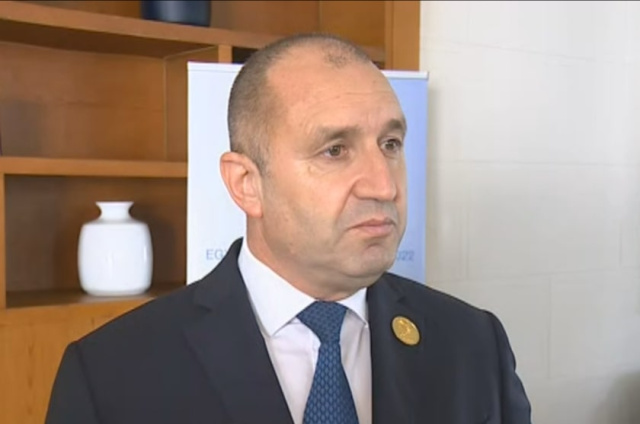 President Rumen Radev continues his visit to Egypt. He spoke to the media on current political topics.

“This is an unprecedented case, as far as is currently known, to shoot at our policeman from the territory of a neighboring country - Turkey. An extremely dangerous and unacceptable case” - this is how President Radev commented on the tragic incident with the dead policeman near Elhovo.

"I expect the Foreign Ministry to call the Turkish ambassador, to ask for an explanation, to ask for a full investigation, even a joint one, but this case must definitely be established. The reasons should be clear, the culprit should be clear, there should be retribution, and we should take the necessary measures accordingly. It is unacceptable and at every EU council I insist on our acceleration and acceptance into the Schengen area, for much greater solidarity with Bulgaria, which has the longest external land border of the EU, where there is an active flow of migrants," said Rumen Radev - President of the Republic of Bulgaria.

The president also said that tomorrow he will invite the parliamentary group of "Vazrazhdane" for consultations.

The president also said that today at the forum in Egypt he will present Bulgaria's candidacy for hosting the climate meeting in 2024.

"It is high time for our country to position itself even more actively as an initiative, as an activity and contribution to sustainable development to show that we really have serious ambitions in this area and serious opportunities," added Radev.

President Roumen Radev is in the Egyptian resort of Sharm el-Sheh, together with a delegation led by him, to participate in the 27th Conference of the Parties to the United Nations Framework Convention on Climate Change (COP27). More than 100 leaders from around the world will join the summit.