Leader of VMRO-DPMNE demanded that Bulgaria recognize a "Macedonian Minority" 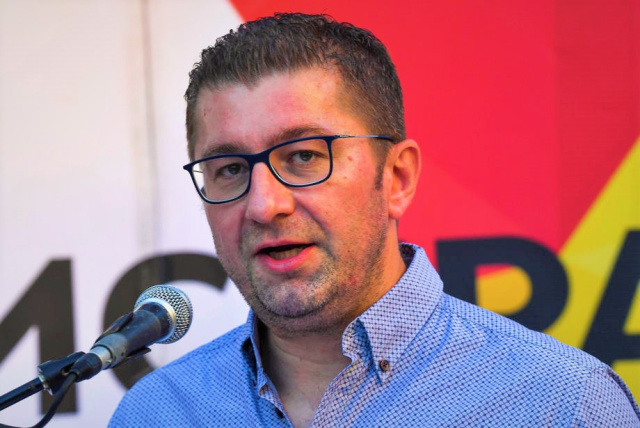 The leader of the opposition VMRO-DPMNE Hristijan Mickoski asked the Bulgarian government to recognize the existence of a Macedonian minority in Bulgaria.

The speech was made after a 4-hour meeting in Skopje between the heads of political parties, both from the opposition and from the ruling coalition. The main topic of the meeting was the European integration of the RNM and the changes in the Constitution, which include the inclusion of Bulgarians in it. Prime Minister Dimitar Kovachevski said that "now is not the time for discord, because no one benefits from this."

According to Mickoski, "the ruling majority does not have the necessary majority for constitutional changes". In this situation, the most logical thing is to dissolve the parliament and hold early parliamentary elections, he also said and explained that during the meeting he supported the proposal of the deputy and leader of the Democratic Union Pavle Trayanov "that the Bulgarian government recognize the existence of the Macedonian minority in Bulgaria".

The chairman of the Democratic Union for Integration /DSI/ Ali Ahmeti announced that "constitutional changes were among the main topics during the conversation". "We must take concrete steps on the way to the EU. We are the ones who want to be part of this union. Among the conditions that are set for us are the legal order, judicial reform, the fight against corruption and organized crime," Ahemti also said.

The leaders of "Levitsa" and "Besa" were not present at the "leadership meeting".