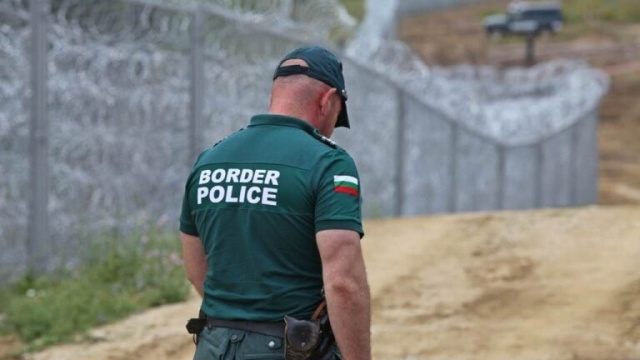 An employee of "Border Police" has died after being shot during a joint operation on the border in the area of ​​the village of Golyam Dervent. The incident took place last night around 8:35 p.m., announced the Ministry of the Interior.

Interior Minister Ivan Demerdzhiev gave more information about the case, including who the perpetrators might be.

The joint outfit included a Border Police officer and a military man. As a result of the shots, the border policeman, who was about 30 years old, died on the spot, and the serviceman retreated and was not injured.

Additional patrols were immediately dispatched to the area of ​​the incident, but no illegal migrants were found nearby.

The Ministry of the Interior clarified to BNR that a meeting was held with the Turkish border authorities on the case, as it is assumed that the perpetrator was on the territory of the Republic of Turkey.

A meeting was held between the Bulgarian and Turkish border authorities at the contact center next to "Kapitan Andreevo" in order to identify and detain the perpetrator. The prosecutor on duty and the investigating police officer were notified of the incident.

In recent months, a lot of migrants have been observed in Golyam Dervent, the flow has increased, which is why the patrol teams in the area have also been strengthened, explained the mayor of the village.

Interior Minister Ivan Demerdzhiev is also expected to arrive at the site this morning.

Otherwise, the situation in the border village of Golyam Dervent is relatively calm, with a police presence and increased movement of "Border Police" cars observed after the incident.

Other incidents with police officers near the border

The incident in which a policeman died near Elhovo is not the first such incident in the border area. Several other similar cases have happened over the years.

In August this year, two police officers died in a crash while chasing a bus carrying illegal immigrants. The incident happened in Burgas. The two who died at the time were 31 and 43 years old.

In recent months, the migrant pressure towards our country has increased several times. This was also recognized by the leadership of the Ministry of Internal Affairs.

Valentin Popov after the shooting at the border: It does not necessarily remain an isolated case

"Something is happening at the border that has never happened before. This will not necessarily remain an isolated case."

This was stated by Valentin Popov, chairman of the Trade Union Federation of the Ministry of Internal Affairs, after the case of the shot border policeman in the area of the Bulgarian-Turkish border. He described the tragedy as shocking.

According to Popov, a significant number of new employees of the Ministry of Internal Affairs should start working on the threatened sections of the border.

According to him, this is a job for professionals and it is high time to stop the practice of posting employees.

The trade unionist outlined the directions in which work should be done - personnel, technical support, equipment.

"It is not possible for a two-man patrol, which has already happened many times, to face a group of 20-30-40 or more migrants and not have a relationship with their colleagues", commented Valentin Popov beyond the specific case, which is still is clarified.

Prof. Veselin Vuchkov: The situation on the Bulgarian-Turkish border is escalating

With or without this incident, more special security is needed along our border, with the main additional resource to be sought from the military.

Prof. Veselin Vuchkov, professor of criminal law and former Minister of Internal Affairs, expressed this opinion to BNR, after a Bulgarian border policeman was shot in the area of the village of Golyam Dervent.

The Ministry of the Interior does not have the potential to provide so many additional employees, added Vuchkov.

He believes that "some quasi-police powers could also be envisaged at the legislative level".

"For me, it is very important to clarify where the shooting came from, whether the shooters are potential migrants. It is difficult for me to imagine that our police and military colleagues from the Turkish border guard would do such a thing. But we can do conclusion that the situation on the Bulgarian-Turkish border is escalating. It is too serious and in some respects exceeds as a problem the situation from the period 2013-2014, which is why more decisive measures will have to be taken," commented the former Minister of the Interior.

Targeted funding of the "Border Police" is necessary, Prof. Veselin Vuchkov is emphatic.

Mayor of Golyam Dervent: People will bristle at the migrants

People will bristle at the migrants because of the tragic incident where a border police officer was shot and killed. This was explained to the BNR by Ivan Fransozov, deputy mayor in the village of Golyam Dervent.

"The border authorities usually detain them. So far we have not had any cases of aggressive behavior on their part."

There are border police and gendarmerie teams in the area, he explained.

"Security has been increased. They pass through the village, but do not stay in it."

The roads in the area have been repaired, which should facilitate the work of the police, the deputy mayor also said.

He recalled a case where a plumber entered their village looking for a hotel a year ago. Fransozov called the border division and after an hour the plumber, who was a foreigner, was detained.