Putin’s Chef: We Interfered, are Interfering and will Continue to Interfere in the US Elections 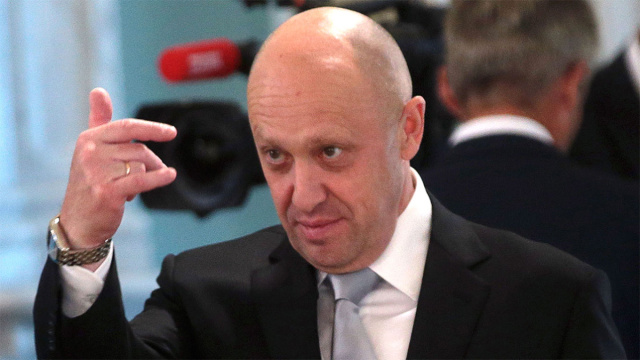 “We have interfered, are interfering and will continue to interfere in US elections.”

This was announced by the head of the private military company "Wagner" Yevgeny Prigozhin (also known as “Putin’s Chef”) in response to an article by "Bloomberg", which indicated that it was the businessman behind Russia's attempts to influence the November 8 elections.

Iveta Cherneva: The Republicans will win the Midterms – We will witness Trump’s return

"I will answer you very subtly, delicately and I apologize, I will allow myself some ambiguity. Gentlemen, we interfered, we are interfering and we will continue to interfere. Carefully, precisely, surgically and in our own way, as we know. During our precise operations we will remove both kidneys and the liver at once". 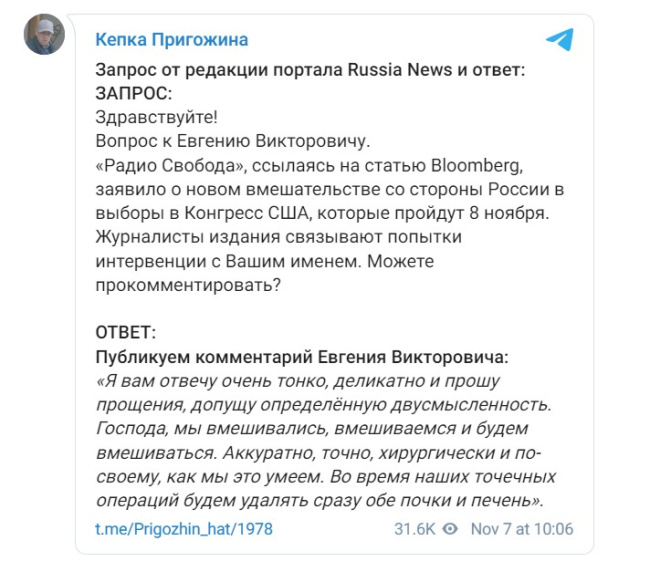 Prigozhin is accused by US authorities of sponsoring Russian-based "troll farms" that seek to influence elections around the world, particularly in America.

In July, the State Department offered a reward of up to million for information on Prigozhin in connection with "engagement in US election interference." He has been sanctioned by the United States, Great Britain and the European Union.

Until recently, Prigozhin kept a low public profile, but as the war progressed, he became increasingly active in the public sphere, including by criticizing the work of Russian generals.

About two months ago, he admitted to being the boss of Wagner after years of denying any ties to the private military company accused of war crimes in Syria, Africa and Ukraine.

Read our coverage of the 257th day of the war in Ukraine.