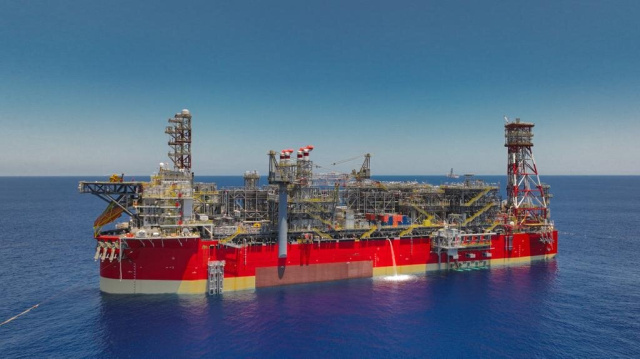 13 billion cubic meters of natural gas has been discovered off the coast of Israel by Energean. The international hydrocarbon exploration and production company, with a focus on natural gas, announced the new discovery today and added that it was made possible as a result of an exploratory drilling called Zeus-1.

The company also confirmed the presence of an additional 3.75 billion cubic meters in its Athena field.

The announcement comes less than a month after Israel and Lebanon reached a historic US-brokered agreement on their maritime border and two weeks after Prime Minister Yair Lapid announced that Israel would become Europe's main gas supplier, rocked by an energy crisis as a result of the war in Ukraine and restriction of Russian supplies.

The discoveries announced today confirm the company's prediction that the so-called "Olympus area" - located between the Karish and Tanin gas fields - is both voluminous and commercially viable.

"Following the start of production from our Karish field last week, I am pleased that our drilling program, which has already delivered five successful wells out of five, continues to deliver value, ensuring security of supply and energy competition in the region," said the chief Energean CEO Mathios Rigas, quoted by the Jerusalem Post.

Abundance of Israeli gas in the Olympus region

The company is planning its next steps towards capitalizing on the wealth of the area and expects to update the market information on the total resource volume in the Olympus area in early 2023, taking into account the increased volumes at Zeus and Athena.

“We expect to commit to a development concept in the first half of 2023”, said Mathios Rigas.

Energean moved its Stena IceMax drilling rig to begin drilling at the Hercules well, the final well in the 2022 drilling campaign.