Bulgarian Minister of Tourism: We are Moving the Ukrainian Refugees to State Hotels 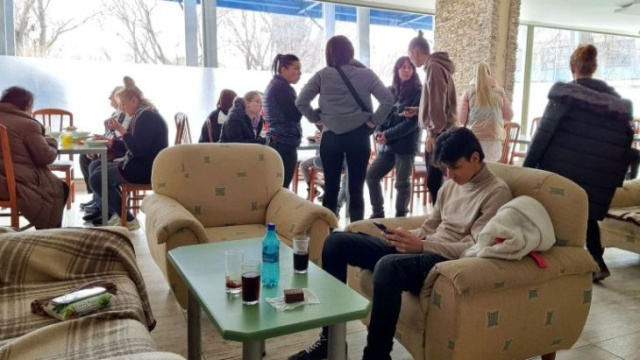 The refugees have until November 15 to decide whether to go to government resorts. These are the state hotels of the departments, where all Bulgarian civil servants and their families rest, this is what the acting minister of tourism, Ilin Dimitrov, told BNT.

“We move them from one hotel to another. Yes, there are different categories, some are not adapted for winter, we are currently adapting them, putting stoves and air conditioners where they should be, but the conditions are more than good. We have given a deadline of 15 days so that it is not a shock and that the refugees can decide if they want to move.

The resorts have internet, hot water, heating”, assured Dimitrov. However, there are too many people and too many interests and it becomes a “game of broken telephone”.

Refugees and hoteliers can always take advantage of our national internet portal, where they can get information in three languages ​​about how the relocation itself takes place. The state has taken care of that too.

The state undertakes to pay the hotels for the refugees' stay until November 15. From there, they can stay if they decide to pay themselves or if the hotel decides to pay them.

"Bulgaria takes the best care of its refugees out of the whole EU - we have paid the most funds and from day one they have been accommodated in hotels. This is an incredible image in front of Europe - solidarity and empathy, but we simply ran out of finances"

According to data from the Ministry of Finance, we have paid about BGN 520 million, specifically the Ministry of Tourism has paid BGN 186 million, which will grow to BGN 220 million. 95% of this amount is from euro funds, emphasized Ilin Dimitrov.