Public Meeting between GERB and "We Continue the Change" Next Week 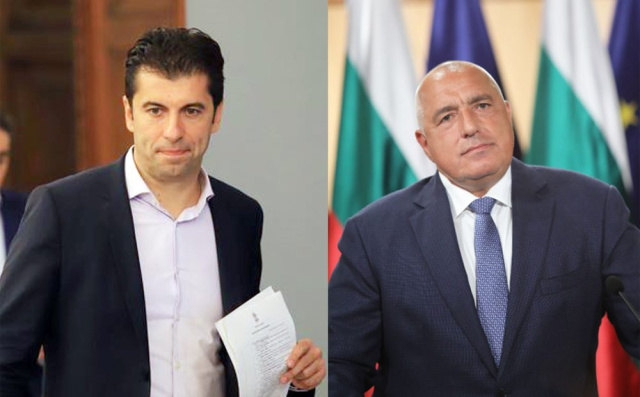 “Next week we will have conversations in front of the cameras between the political party GERB and We Continue the Change”. This is what former Bulgarian President Rosen Plevneliev - one of the two contact persons tasked by GERB to discover the common priorities of the parties in the parliament, on the basis of which to form a government - told Nova TV today. According to him, the talks will take place between Tomislav Donchev on the one hand and WCC leaders Kiril Petkov and Asen Vassilev on the other. Experts will also be present.

"It's too early for a leadership meeting," Plevneliev said in response to a question about whether GERB leader Boyko Borissov would be there. He specified that the two of them with Solomon Passy - the second "contactor" - will also not be present. Regarding the publicity of the meeting, Solomon Passy explained that with all public talks there is a preliminary part that does not need to be public. He emphasized that often the parties do not know their interest and a contact group can help them to establish it.

Rosen Plevneliev hinted that the meeting was reached after he talked for an hour and a half two days ago with the leaders of "We Continue the Change" Kiril Petkov and Asen Vassilev. This happened at the sending of the ambassador of Germany.

We would like "Democratic Bulgaria" to take the initiative

"We believe that the chances for a cabinet are increasing. I see different options. With the first mandate it will be difficult. With the second - why not. If We Continue the Change, Democratic Bulgaria and why not BSP, conduct honest negotiations with GERB and DPS, there is an opportunity to reach a broad agreement on many important strategic topics," Plevneliev pointed out.

He is of the opinion that the third term also provides great opportunities. "We really want Democratic Bulgaria to take the initiative, because they have a golden chance to implement all their policies. If they take the leadership, they will automatically be supported by GERB and We Continue the Change, which will make a very stable government, it can do wonders," he added.

The idea of ​​contactors was not Borissov's

Plevneliev emphasized that the idea of ​​having contact persons to prepare possible negotiations for a government was his and Solomon Passy's, and not GERB leader Boyko Borissov's.

However, the contact group of GERB Rosen Plevneliev - Solomon Passy only met with representatives of three parties - GERB-SDS, DPS and "Bulgarian Rise". "We Continue the Change", BSP and "Democratic Bulgaria" rejected the invitation for negotiations to form a government with the mandate of the first political force GERB, and "Vazrazhdane" were not invited at all.

Plevneliev and Passy made a draft declaration, which they submitted for a vote in the National Assembly. According to the president, in the period 2012 - 2017, there are already results from it - the decision to approve the purchase of 8 more F-16 aircraft.

Solomon Passy also told bTV that he and Plevneliev set about the task to check how much of a political majority still exists in Bulgaria, which believes that the country should be a de facto member of NATO, as it has declared more than once .

During the week, GERB chairman Boyko Borissov ordered his deputies to support all the demands of "We Continue the Change", announced a few days after the elections, ironically in his typical style that the intentions of Kiril Petkov and Asen Vasilev for higher social spending are not compatible with another of their demands - limiting the budget deficit to 3%

Borissov again signaled that he agrees to talks with the co-chairmen of "We Continue the Change" to be broadcast live, but only if there had previously been talks between the experts of GERB and the party of Petkov and Vassilev on the topics of finance, energy and the justice sphere.

On Saturday at a noon briefing, GERB leader Boyko Borissov announced that a third-term government is very likely.

Politics » Be a reporter: Write and send your article
Tags: GERB, We continue the change, Plevneliev, Passy
Advertisement
Advertisement
Expats.bg All Are Welcome! Join Now!
Related Articles:
More from Politics