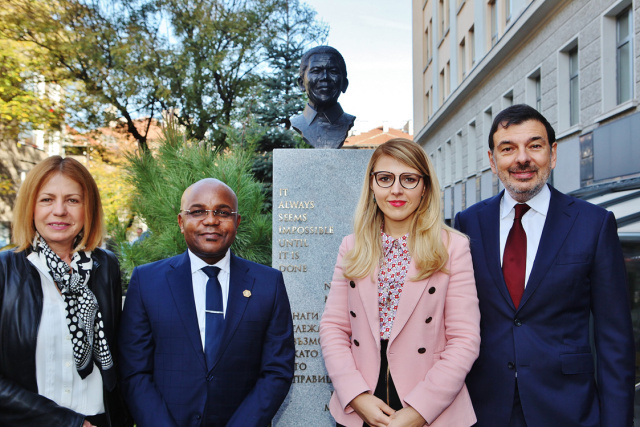 Yesterday, the first monument to Nelson Mandela in Bulgaria was unveiled by the Deputy Minister of Foreign Affairs, Mrs. Velislava Petrova, and the Ambassador of South Africa to Bulgaria, H.E. Mr. Thabo Thage. The event was held on the occasion of the 30th anniversary of the establishment of diplomatic relations between Bulgaria and South Africa. Among the guests of honor at the event were Mrs. Yordanka Fandakova, Mayor of Sofia Municipality, Mr. Hristo Iliev, Executive Director of Lion's Head, Mr. Anish Nagar, Chairman of the Board of Old Mutual Property, and a number of prominent representatives of the diplomatic corps and business in Bulgaria. The authors of the monument, which is located in front of the "Polygraphy Office Center", are the South African sculptors Zelda Stroud and Ilia Boyarev, and for its opening in the capital, official consent was received from the "Nelson Mandela" Foundation. 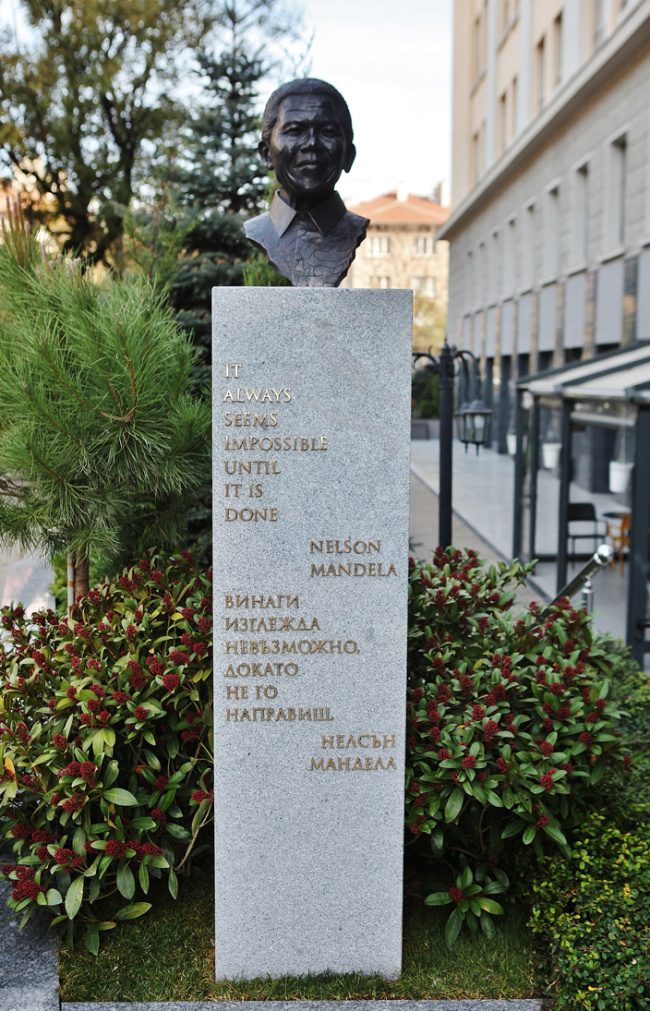 "It is a great honor for me to be here today and on behalf of the Ministry of Foreign Affairs. It is important to note that diplomatic and friendly relations between Bulgaria and South Africa began long before their official establishment in 1992, and our cooperation continues to expand with each passing year. South Africa has become a symbol of freedom and stability for the entire continent, and with his life, Nelson Mandela has become a global symbol of the struggle for freedom and human rights for the 20th century. With the opening of this monument today, we can remember his work and mission as an important lesson to pass on to the next generations," said Ms. Velislava Petrova, Deputy Minister of Foreign Affairs.

"I am delighted to welcome you to this historic event in the heart of Sofia, in honor of the global icon Nelson Mandela, who dedicated his entire life to the service of humanity and a democratic South Africa. It is known that since 1960, our country has received support and solidarity from Bulgaria in the fight against apartheid and colonialism. We also note with gratitude the fact that Bulgaria honored Nelson Mandela over the years with the highest state honors. I would like to express my deep gratitude to Lion's Head, led by Mr. Iliev, for the generous funding of this project, as well as for the full support of Ms. Fandakova and the Metropolitan Municipality," said HE. Mr. Thabo Thage, Ambassador of South Africa in Bulgaria. 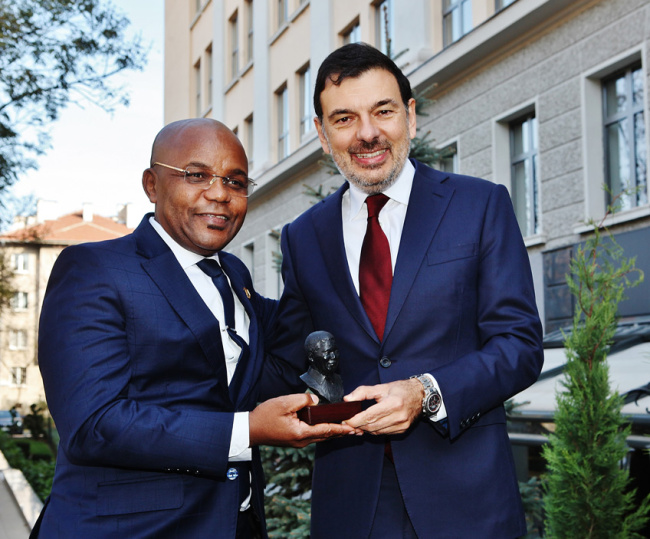 "It is my pleasure to welcome you to the Polygraphy Office Center, which is part of the Lion's Head portfolio. Since our establishment 5 years ago, we have been very active in promoting business opportunities between Bulgaria and South Africa, helping more and more South African companies to invest and create a business community. The installation of the Mandela statue today is another step in our efforts to celebrate the long-standing relationship with this strong and independent nation," added Mr. Hristo Iliev, Executive Director of Lion's Head.

The official ceremony took place in front of the "Polygraphy Office Center" at 2 Nikolay Rakitin Street, and the project was implemented on the initiative of the Embassy of the Republic of South Africa in Bulgaria and with the full financial support of Lion's Head, the owner of the office building. "Polygraphy Office Center", as well as Megapark in Sofia and three buildings in Bucharest are part of the portfolio of the Lion's Head company. It is a joint venture between AG Capital and Old Mutual Property, which is part of the Old Mutual Group, a financial group founded more than 170 years ago in South Africa and operating in 14 countries around the world. 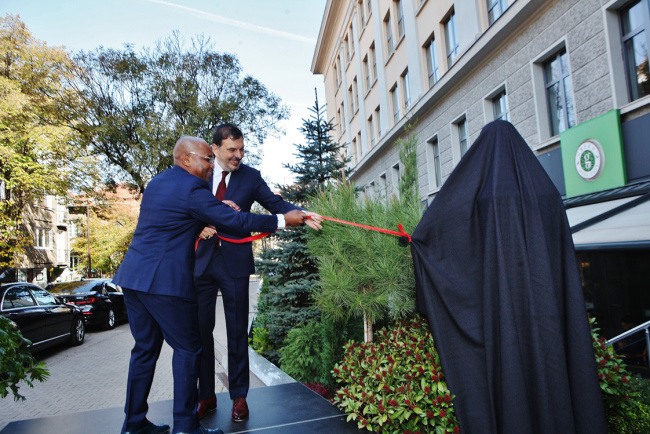 The Embassy of South Africa initiated this project to preserve the testament of Mr. Nelson Mandela and celebrate his life dedicated to a cause that made him a world-renowned statesman in the struggle for peace and equality. Bulgaria honored Mandela with the Georgi Dimitrov Order as early as 1986 and the Stara Planina Order in 2008, which are among the country's highest honors before and during democracy. Mr Mandela has been awarded more than 250 times, including the Nobel Peace Prize in 1993.

Mr. Nelson Mandela was the President of the Republic of South Africa from 1994 to 1999 and was the first elected head of state in a democratic South Africa. As president, Mr. Mandela placed emphasis on reconciling the nation and uniting it in its diversity. He embodies the fight against poverty and inequality. More than 120 streets, boulevards, roads and bridges around the world bear the name of Nelson Mandela, his monuments are placed in Santiago, Milan, London and many other places. In Sofia, this historical monument follows the naming of a street in honor of Mr. Mandela.