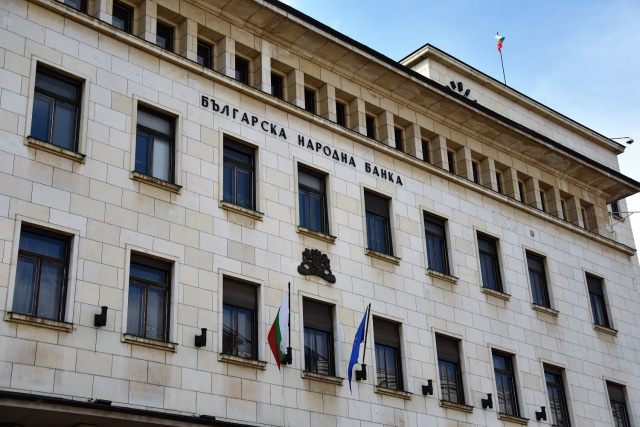 The Bulgarian National Bank (BNB) denied that a report was prepared, which claims that Bulgaria is not ready to join the Eurozone in 2024. This is clear from the position of the Central Bank, sent after an inquiry by the Bulgarian National Radio (BNR) about the authenticity and nature of the texts quoted during the week by the leader of "Vazrazhdane" Kostadin Kostadinov.

The BNB confirms its focus on preparations for the introduction of the euro precisely with a target date of January 1, 2024:

The Bulgarian National Bank has not prepared an Analysis on the effects of the introduction of the euro, which was approved by the Management Board and officially submitted to the National Assembly. This is clear from a response to the BNR in connection with the texts quoted by the leader of "Vazrazhdane" Kostadin Kostadinov, from which - according to his interpretation, it can be concluded that our country is not ready for the introduction of the single European currency in the target horizon.

Apart from him, Rumen Gechev from the Bulgarian Socialist Party (BSP) also referred to similar texts, but emphasized that it was a "draft report".

BNR has them and already on the first page it is written in large letters that this is a "working version as of 25.10.2022" and was developed by an expert group without the approval of the central bank management, and that in it positions of the Ministry of Finance and other participants in the working group are not reflected.

After the requested clarification, the BNB stated: "There is no such BNB report".

The texts discussed in the public space - provided for the purpose of transparency and avoiding speculation on the subject - are working versions prepared by experts of the BNB as part of the work of the working group "Macroeconomic analyzes and public finances" of the Coordination Council for the preparation of the Republic of Bulgaria for membership in the Eurozone.

And more - "The BNB is focused on the implementation of the tasks related to the mandate of the central bank and the decision of the National Assembly of October 27, 2022 to accelerate the process of preparation for the introduction of the euro in Bulgaria with a target date of January 1, 2024.”

The central bank adds that "the position of the BNB on issues related to joining the Eurozone has been expressed many times, including by the director of the BNB".

Last week, from the rostrum of the National Assembly, Governor Dimitar Radev highlighted the benefits for Bulgaria of joining the Eurozone and warned that if we fail to meet the target dates, the next window for us will be ten years from now.