Bulgaria: Fire on the Sofia-Varna Train 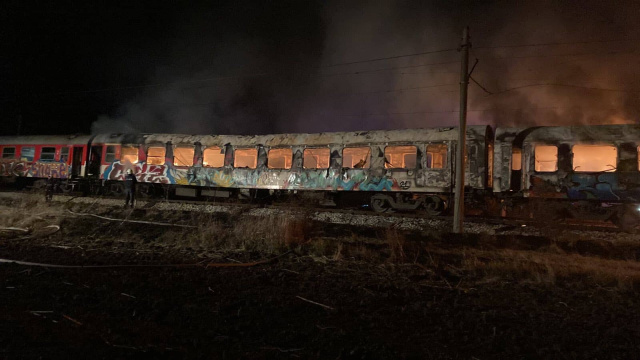 Fire on the Sofia-Varna train near the village of Mogila, shortly after Kaspichan. The incident happened at 19:40 p.m. The fire started from a spark in the locomotive.

Passengers helped other passengers in the train to get out of the carriages. All the people are brought out. A woman with difficulty moving was carried out in her arms.

One of the drivers was slightly injured. Passengers are waiting to be transported from the scene.

At 9:20 p.m. the police in Shumen announced that due to the difficult-to-access terrain at the scene of the accident, RSPBZN-Shumen had created an organization to transport the people who traveled in the train with high-passable equipment to Kaspichan station, from where they would be transported by buses the rest of the route. According to the spokesperson, Asya Yordanova, it's about a little over 50 passengers.