It is Official: Bulgaria will provide Military Aid to Ukraine 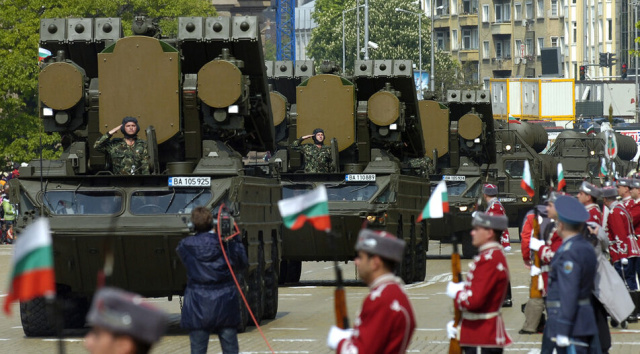 The National Assembly finally approved the project, according to which Bulgaria will provide military aid to Ukraine. (Draft decision on strengthening the defense capabilities of Bulgaria and providing military support to Ukraine). 175 MPs voted "In favor", "Against" 49 - from BSP and Vazrazhdane, "abstained" - 1 from We Continue the Change.

After the vote, the BSP held up leaflets that read "No to guns! Peace!" The debates lasted for about five hours, and the deputies also extended their working hours until the end of the point on providing military and technical assistance to Ukraine. The proposal was made by GERB, and only the representatives of the BSP and "Vazrazhdane" voted against it - those formations that opposed the provision of such assistance.

She opposed the statement that BSP is in a "paper" coalition together with GERB and DPS and in turn turned to her former coalition partners from We Continue the Change and Democratic Bulgaria whether by supporting the provision of military aid to Ukraine they are not entering into a "coalition of the war" with these two formations. In response, DB co-chairman Hristo Ivanov replied:

"And I would like to start with an appeal - of course, we are all politicians, of course we all cast one eye on the possibility of elections and engage in pre-election rhetoric, but still, when it comes to such serious matters , it is good not to use the politics of fear"

The leader of DPS, Mustafa Karadayi, emphasized that he would support the draft solution, because the country's geopolitical orientation should not be questioned. He joined the call for peace:

The chairman of "Vazrazhdane" Kostadin Kostadinov reminded that our country did not send weapons even during the Second World War:

"At the moment, Bulgaria is supposedly ruled by Bulgarians, and we are talking about providing our little remaining armaments and literally bringing Bulgaria into the war, because there is nothing to lie about, this will be the next step and let's say it clearly from this podium.”