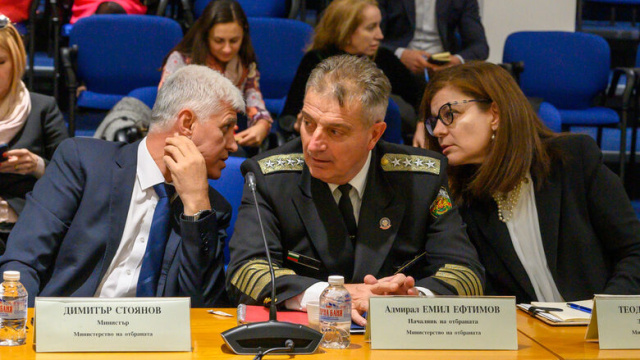 After several hours of debate, the deputies from the Committee on Foreign Affairs and Defense decided that Bulgaria should provide military and military-technical support to Ukraine.

Within a month, the Council of Ministers must submit a decision on this to the parliament, in a short period of time organize the signing of an agreement with the Ukrainian side for the provision of the necessary equipment, as well as conduct negotiations with NATO countries for the acquisition, provision or deployment on our territory of enhancing and replacing defense capacity.

And more: they decided that the Council of Ministers should propose to the National Assembly measures to participate in the reconstruction of Ukraine and to support Kyiv's claim against Russia in the European Court of Human Rights.

Both draft proposals are for the provision of military aid to Ukraine - weapons, ammunition and equipment, as well as for the implementation of the second stage of the purchase of eight new F-16 fighter jets. The meeting was attended by the Minister of Foreign Affairs Nikolay Milkov, the Minister of Defense Dimitar Stoyanov and the Chief of Defense Admiral Emil Eftimov.

In the draft decision of “Democratic Bulgaria”, it is written that Bulgaria should prepare a military aid package for Ukraine within 14 days and propose an agreement with Ukraine for the National Assembly to ratify. The draft decision also includes within 10 days to hold consultations with the allies in NATO for the acquisition of replacement equipment and within a month to submit a program for the rearmament of the army.

Defense Minister Dimitar Stoyanov has already announced that Ukraine wants anti-aircraft missile complexes and operational-tactical missiles. Bulgaria currently has two S-300 divisions, one guards the Kozloduy NPP and the other the capital.

The Defense Committee also adopted the project of investment expenditure for the acquisition of the second eight F-16s.