Bulgaria: Two Young People Died in an Accident between a Car and a Bus 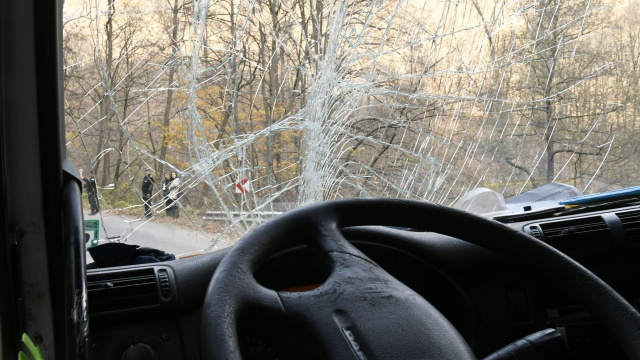 Two young people died in an accident between a car and a bus on the territory of the municipality of Sapareva Banya, reported the police in Kyustendil. The road accident occurred around 12:00 p.m. on Wednesday on the road between the village of Ovchartsi and Sapareva Banya.

Four people were traveling in the car. The driver and one of the passengers died on the spot, two others were injured.

Police, fire and emergency teams were dispatched to the scene of the accident and provided medical assistance to the victims.

What is known is that the car collided with a bus that was on a scheduled route. No passengers on the bus were injured. They have already left the scene of the crash. The investigation continues.

All the facts that led to the serious accident are yet to be clarified.

The road remains closed on both sides. Traffic is regulated by teams of the "Road Police" sector. The police advises drivers to drive with caution and appropriate speed.