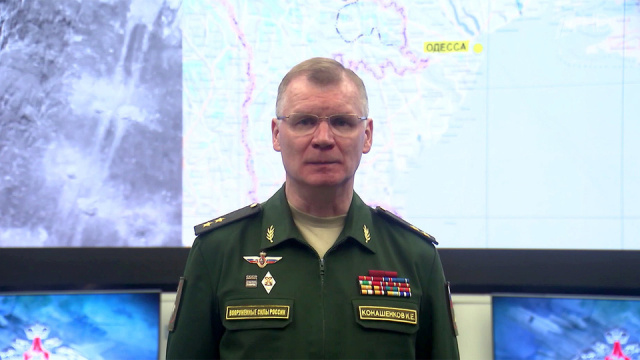 Russia resumes its participation in the deal to export grain and agricultural products from Ukrainian ports. This was announced by the Russian Ministry of Defense.

The spokesman of the military department, Igor Konashenkov, said that with the assistance of the UN and Turkey, the Russian side received written guarantees that Ukraine would not use the humanitarian grain export corridor and Ukrainian ports to conduct hostilities against Russia.

The Russian Federation considers that the guarantees received at the given time are sufficient and resumes the implementation of the agreement within the initiative for safe transportation of grain and food from Ukrainian ports, which was suspended after the terrorist act in Sevastopol.

Moscow suspended its participation in the grain deal after Russian Black Sea Fleet ships based in the port of Sevastopol were attacked by combat drones on October 29, which Russia blamed on Ukraine and Britain.

The decision to resume participation in the deal was preceded by a telephone conversation between the presidents of Russia and Turkey, Vladimir Putin and Recep Erdogan.