Bulgaria: Man is in a Coma after a Beating in Front of a Disco in the town of Lom 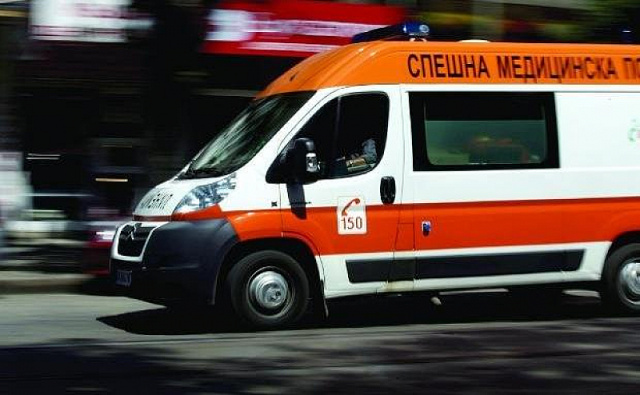 A 43-year-old man is in a coma after being beaten in front of a disco in the Bulgarian town of Lom, reports Nova TV. There is an accused person.

This happened on the night of October 16, when the man was attacked and beaten by several people. The victim did not report to the police because he did not feel that bad. He was examined at the local hospital and released for home treatment. Days later, the victim's condition worsened and he was hospitalized with severe brain hemorrhages. He has been in a coma and in critical condition since October 24.

The man is from Varna, and his relatives are protesting to demand a fair punishment for the attackers.

“There was an altercation at the disco where our friend had an altercation with a group of men. Five attacked him and fatally injured him. Our friend is in a coma, on life support and in critical condition. We have information that the culprit has been released from custody and that he is one of the main people involved in buying votes during the election. There will probably be some kind of protection and everything will subside", believes the victim's friend Stoyan Pavlov.

Relatives of the victim describe him as a calm person and do not believe that he provoked the conflict. Nova was also told that he had no criminal record. About the beating, his friend pointed out:

"In my opinion, it is about an organized criminal group that clearly uses some kind of protections, since our disco security did not call the police. The gentlemen in question have been criminally convicted," he added.

"He came to us in an inadequate condition, with convulsive symptoms, psychomotor agitation, which necessitated intubation of the patient and the start of treatment", explained Dr. Chavdar Antonov - head of the "St. Nicholas the Wonderworker" hospital in Lom.

"There was an incident in front of an establishment in Lom. Possibly under the influence of alcohol. The victim was hit and was examined at the Lom General Hospital, where it was not found that he had any serious injuries that would require his admission for treatment. In the following days, returning home, his condition worsened. Records show he refused to seek medical attention. His mother, noticing that his condition was deteriorating, managed to get him examined. It was established there that his condition requires immediate hospitalization", commented Emil Ovcharov from the District Prosecutor's Office in Montana.

The evidence collected in the case at the moment points to the involvement of one person who was brought in as a defendant on October 28. He pleaded guilty and explained what happened. A "signature" remand was taken from him, and he was banned from leaving the country. He is convicted.

"From the day of the beating until the situation became more complicated, the defendant was outside Bulgaria. After realizing that he was wanted, he returned voluntarily. This did not require a more severe measure", added Ovcharov.