Economic Growth in the Eurozone and across the EU Slowed to 0.2% in the Third Quarter 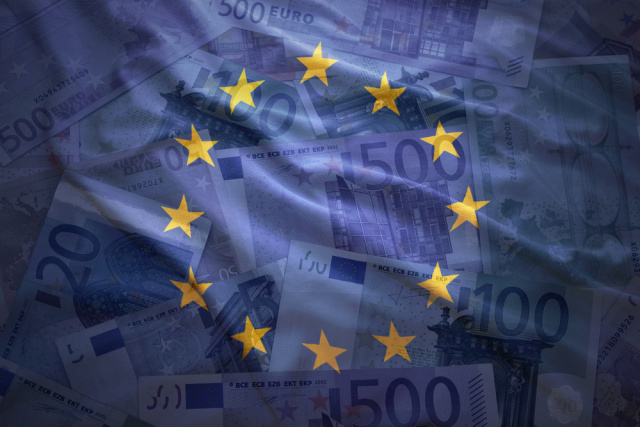 Economic growth in the Eurozone and across the EU slowed sharply in the third quarter of 2022 compared to the previous three months and compared to a year earlier, showed preliminary data from the European official statistics agency Eurostat.

Eurozone GDP grew by 0.2% in the July-September 2022 period, compared to the second quarter, when it rose by 0.7%, confirming the average expectations of financial markets. This is the weakest expansion since the economic rebound when Covid restrictions were eased in the second quarter of 2021 and suggests that GDP may see a contraction in the final quarter of the current year as the continued acceleration of inflation to record highs will force the ECB to maintained its current aggressive policy of tightening (raising) interest rates.

Across the EU, gross domestic product also rose in the third quarter by 0.2 percent, following growth of 0.7 percent in the previous quarter.

The slowdown in economic growth in the third quarter is visible in almost all Eurozone member countries, with Latvia's GDP even falling by 1.7%, and in Austria and Belgium by 0.1% each. The best economic growth in the third quarter was recorded by Sweden (with 0.7% compared to the previous three months), followed by Italy (with 0.5%, but after growth of 1.5% in the second quarter), Portugal and Lithuania (with 0.4 per cent each).

Of the four leading economies, only the largest - Germany's - saw growth pick up slightly in the third quarter, stagnating at 0.3% after rising 0.1% in the previous three months, while France's GDP rose 0.2 % after expanding by 0.5% in the second quarter, and in Spain growth slowed sharply to just 0.2% from 1.5% in the April-June period.

Compared to the third quarter of 2021, the GDP of the euro area and the EU as a whole grew in the July-September period by 2.1% and by 2.4%, respectively, after double the expansion of 4.3% in the second quarter of the current year.

Germany's GDP growth slowed in the third quarter from a year earlier to 1.1% from 1.7% in the second quarter of 2022.