“We Continue the Change”: We will Not Support a Government with the GERB Mandate 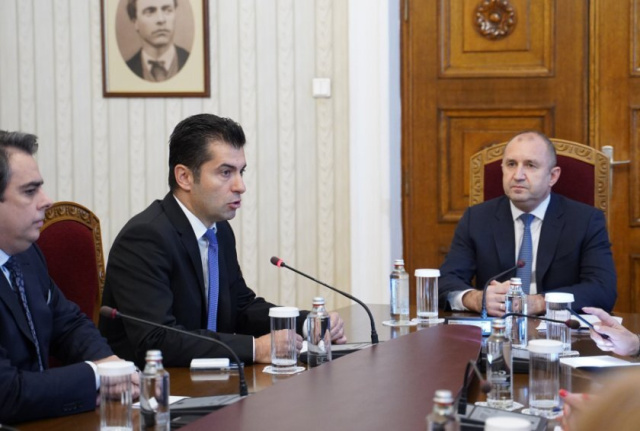 In front of the head of state Rumen Radev representatives from "We Continue the Change" confirmed today that they will not support a government with the mandate of GERB. If it comes to the cabinet option with their mandate, they will want reform of the entire security system.

Rumen Radev pointed out that the election results are a clear sign to the parties to seek dialogue on topics that are important to people. The President agreed with the thesis of WCC that "there cannot be a government at any cost, the product of backroom deals, but I would like to have an effective dialogue, to fully exhaust all possible options for forming a government".

WCC replied that they will not support a government with the first exploratory mandate that GERB-SDS will receive. But they are ready to solve important economic and social problems, for which they propose 16 policies - support for households, for the elderly with low pensions, an increase in the minimum wage, tax breaks for families, business support, judicial reform, and the fight against corruption.

"For the first mandate, we clearly express our readiness to talk with the mandate holder on all these 16 policies, but not to support their first mandate," stated Kiril Petkov.

Asen Vassilev commented that if it comes to the point that “We Continue the Change” gets a second mandate and implements it, a number of reforms will have to be made, not only in the judiciary, but also in the entire security system of the country, so that it can to adequately counter all attempts to destabilize the government, to be able to detect and submit information to the judiciary about all cases of corruption.

After the meeting with the president, Petkov and Vassilev confirmed their position that they will not support a government with the GERB-SDS mandate.