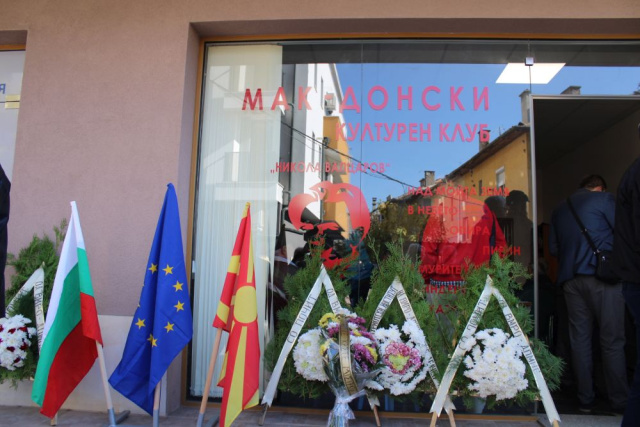 A Macedonian cultural club was opened today in Blagoevgrad. Unlike the opening of the Bulgarian clubs in North Macedonia (“Tsar Boris” III in Ohrid and “Ivan Mihailov” in Bitola), everything happened without provocations from the Bulgarian side. 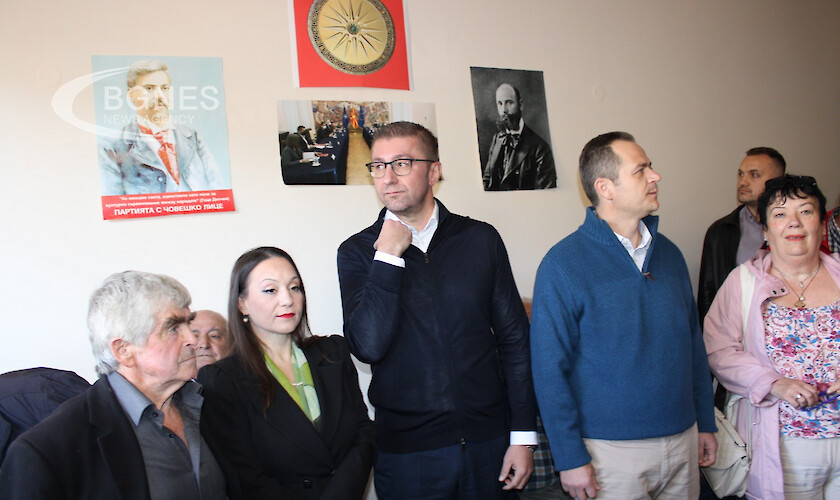 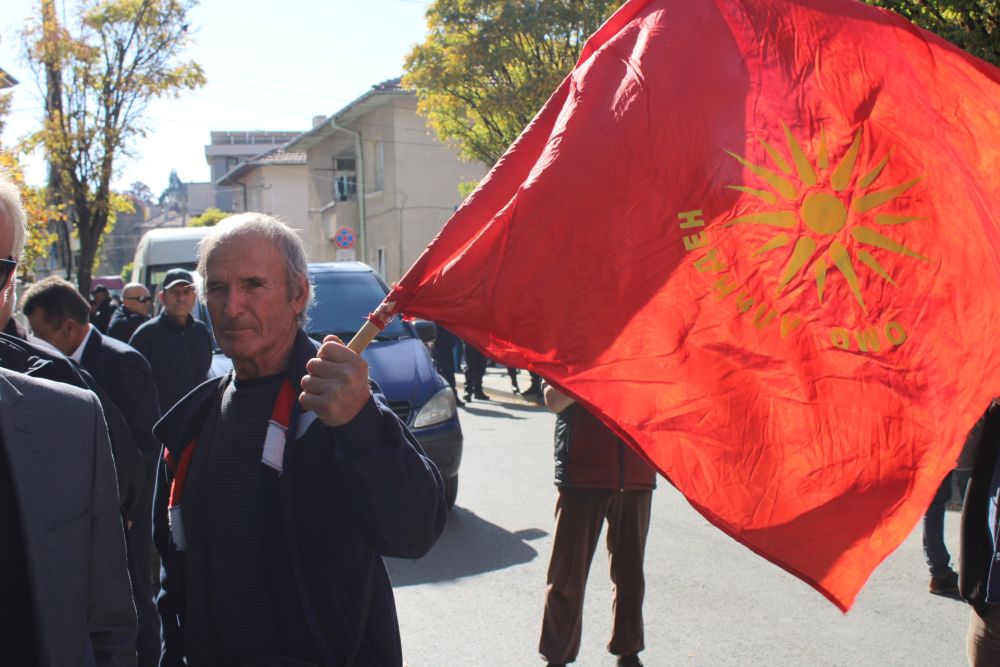 On the Macedonian side, Mile Boshnjakovski, General Secretary of President Stevo Pendarovski and the leader of the North Macedonian opposition party VMRO-DMPNE Hristijan Mickoski were present. In front of the club bearing the name of the Bulgarian poet Nikola Vaptsarov, the flags of the banned organization OMO-Ilinden were flying, there were no provocations on their part, excluding their procession through the central streets of Blagoevgrad, laying wreaths in front of the monument of Dimitar Blagoev. 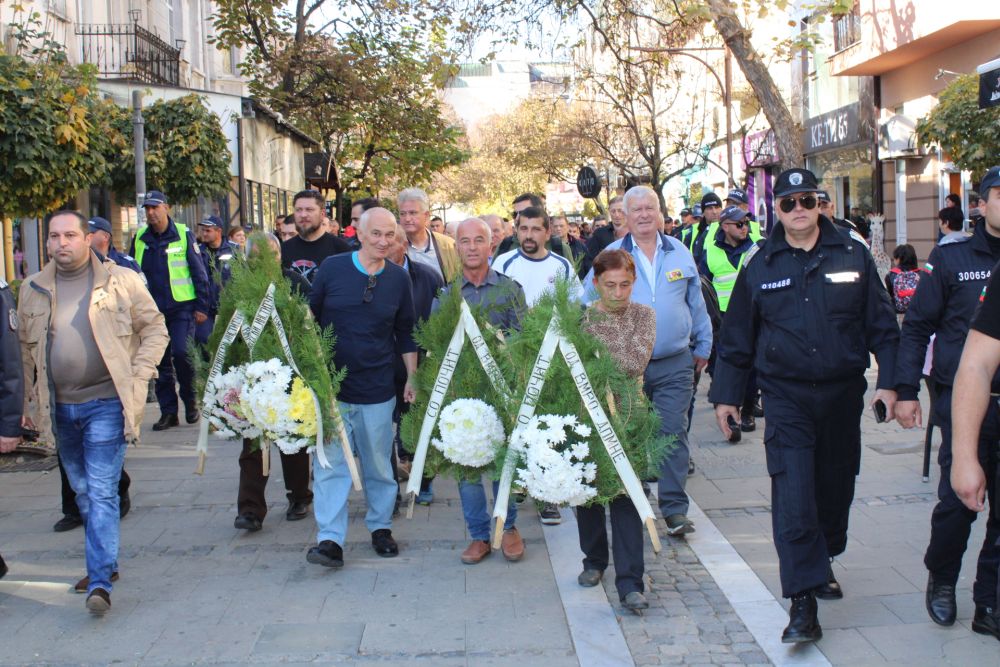 Only five people had to lay wreaths in front of Gotse Delchev's monument, where they were stopped by a VMRO rally, which did not allow them to touch Gotse's monument. After a short conversation and chanting "Macedonia is Bulgarian", "Bulgarian heroes" etc., the Macedonians, led by a priest, left the wreaths 30 meters from the monument. After that, they tried to present flowers to the memorial of the Delchev family in the courtyard of the "Virgin Mary" temple, but the leader of the VMRO, Angel Jambazki, said that this stunt would not pass either. 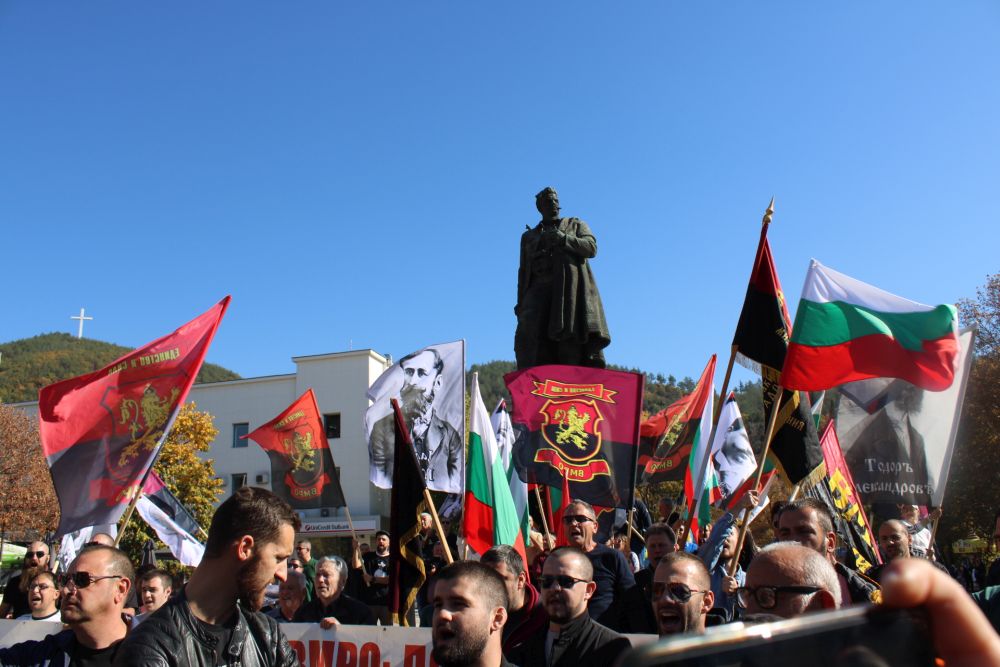 In front of the club, its manager Atanas Maznev complained that they could not hold the opening because of the loudspeakers of the VMRO, from which patriotic songs poured. In front of the club, VMRO had arranged photos with the history of Macedonia and the revolutionaries who fought for its freedom. After the police tried to remove the column from the sidewalk, it was brought into a room opposite the club. 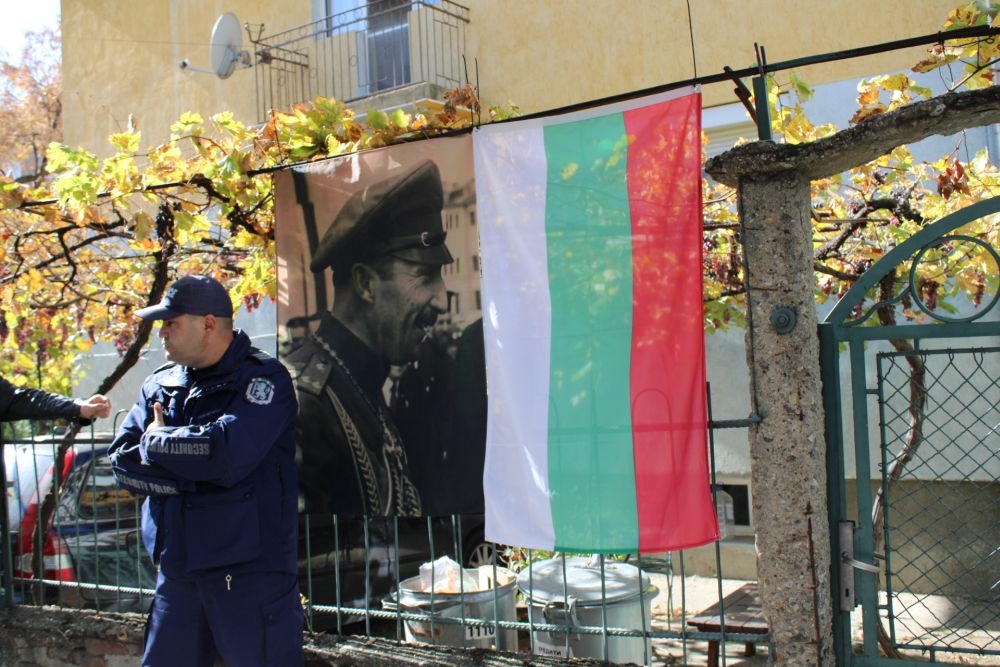 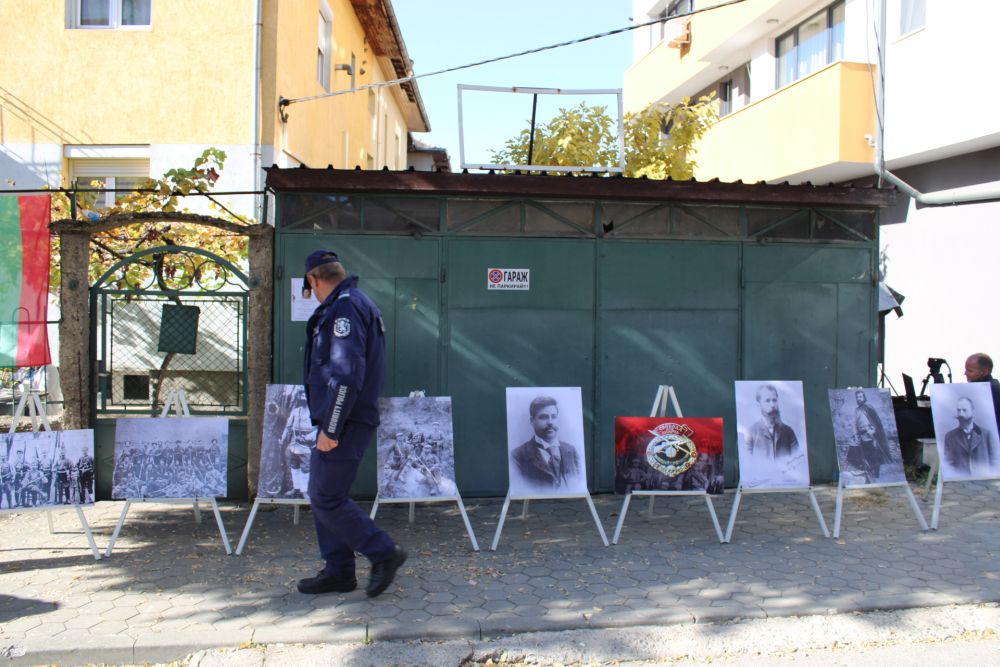 So the opening took place inside the club premises. The opening of the club and the procession through Blagoevgrad was accompanied by a huge police presence, as well as the gendarmerie. All night long, a patrol woman guarded the club, from the sign of which the letter "M" was scrawled ten days ago. But this morning the Macedonian Club dawned with parts of the letter "E" scratched out, so the sign read "Mac - donian Cultural Club."