Borissov: The Only Way to have a Government is to establish Contact Groups 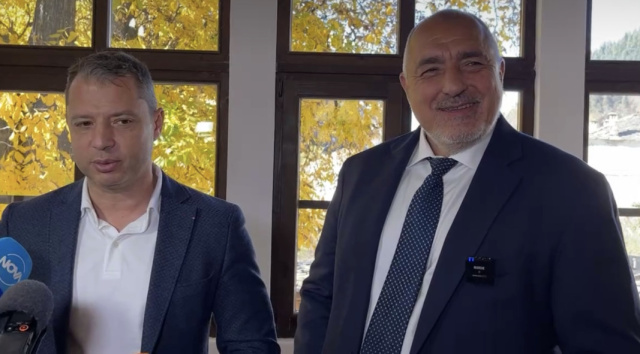 "The only way to have a government is through contact groups. Before President Radev hands over the mandate, we must have agreed that it will happen. If it doesn't happen, it won't happen with the second, third, or tenth mandate and we're going to elections," said in Shiroka Laka, GERB leader Boyko Borissov.

"I cannot form a government with only DPS and Bulgarian Rise with Vazrazhdane we have significant differences. I am inclined to anything that will bring peace to the Bulgarians and we will stop blaming Radev for not making a budget and not managing well, we are bothering him with a government because we cannot make peace with each other (the other parties). We have to sit down and agree whether there will be a government, and then it does not matter whether it will be with the mandate of GERB or We Continue the Change," added Borissov.

The leader of GERB commented that the draft law to reduce the price of gasoline by 1 BGN will be a law against the excess profits that are obtained by Russian companies, thanks to the derogation that Bulgaria made in Brussels. “Huge money is being made, including from the domestic market”, said Borissov.

He expressed confidence that the other parties will accept the proposal and emphasized that within a month the law can be adopted.

“4 budgets for 2 years and they couldn't do anything and messed up,” added the GERB leader.