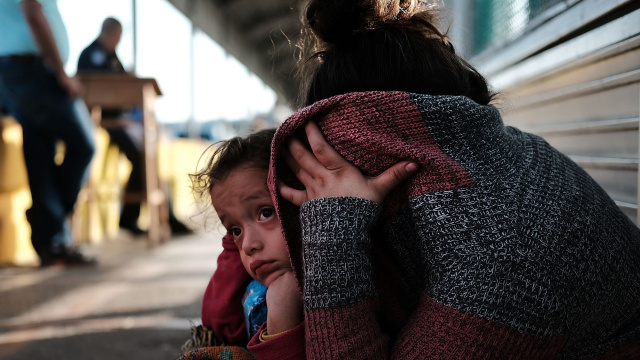 In 2021, in the European Union, residents under the age of 18 who were at risk of poverty or social exclusion represented 24.4 percent of all in this age group. At the same time, this share among the adult population of the Union was 21.1 percent, according to the latest data of the European statistical agency Eurostat.

Among the EU member states, last year the highest share of minors at risk of poverty or social exclusion was registered in Romania (41.5 percent), Spain (33.4 percent) and Bulgaria (33 percent). At the other end of the scale, the countries with the lowest such shares among their minor citizens are Slovenia (11 percent), Finland (13.2 percent) and the Czech Republic (13.3 percent). 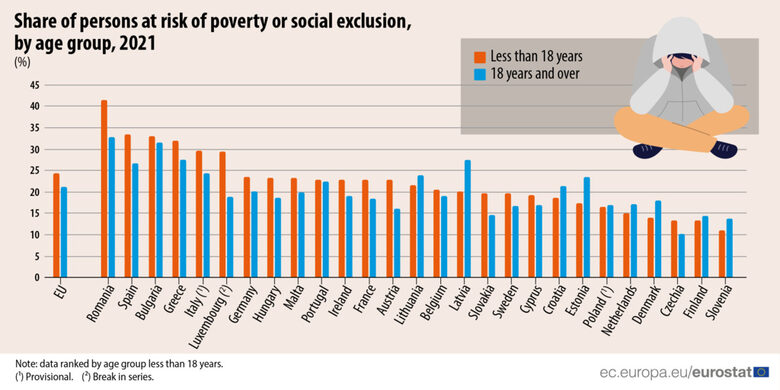 The data show that in Bulgaria 33 percent of minors were at risk of poverty or social exclusion in 2021. Thus, the country occupies the third place among the EU countries with the largest share of minors exposed to such a risk. This share among the adult population was 31.4 percent. The two indicators represent about 400 thousand minors and about 1,794 million adult Bulgarians, respectively. In both age groups, women were more at risk, with 204,000 girls under 18 at similar risk, as were 1.006 million adult women.

In 18 of the 27 member states last year, minors were at a higher risk of poverty or social exclusion than adults. The largest differences in the indicators covering the two age groups were registered in Luxembourg (10.5 percentage points), Romania (8.7 pp), Spain and Austria (6.8 pp for each), as in each of the listed levels of endangered minors exceeds that of adults.

By contrast, in 9 EU countries, adults were at a higher risk of poverty or social exclusion than minors: Latvia, Estonia, Denmark, Croatia, Slovenia, Lithuania, the Netherlands, Finland and Poland. The largest differences between the two age groups among these 9 countries were observed in Latvia (7.4 pp), Estonia (6.0 pp) and Denmark (4.0 pp).

The EU has set itself the goal of reducing the number of people at risk of poverty or social exclusion by at least 15 million by the end of the decade, of which at least 5 million must be under the age of 18, Eurostat said on its website. Children who grow up in poverty or at risk of social exclusion find it difficult to do well at school, enjoy good health and realize their full potential later in life.