RLI: Bulgaria at the Bottom of Europe in Terms of the Rule of Law 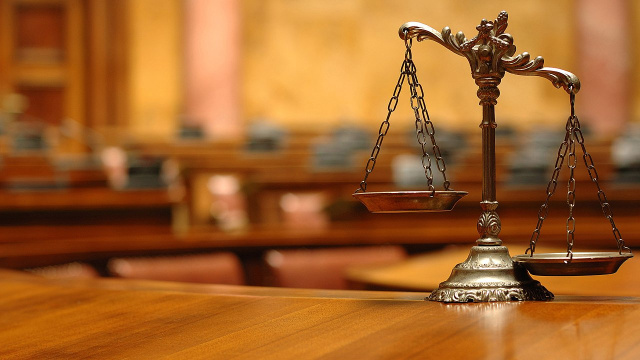 Bulgaria has improved its results on the rule of law, moving up two positions to 60th from last year's 62nd place among 140 countries, according to the Rule of Law Index (RLI) of The World Justice Project (WJP) for 2022. Bulgaria country has 55 points (1 more than last year) out of 100 possible.

However, according to the data for the European region, the position of Bulgaria is not so encouraging. There, our country ranks penultimate - 30th position out of all 31, with only Hungary placed after it (73rd place worldwide).

In terms of restrictions on state powers, Bulgaria rises to 81st from 95th place, but in dealing with corruption, there is a drop by one position – from 76th to 77th place. The first factor measures the degree to which rulers are bound by the law. It includes the means, both constitutional and institutional, by which the powers of the government and its officials and representatives are limited and accountable to the law. It also includes non-governmental mechanisms to control power, such as a free and independent press. The second factor considers three forms of corruption: bribery, undue influence by public or private interests, and misappropriation of public funds or other resources. These three forms of corruption are examined in relation to government officials in the executive, judiciary, army, police and legislature.

In terms of the presence of transparent governance, Bulgaria is up two positions - from 56th to 54th place, and in respect of fundamental rights it is down two positions - to 59th from 57th. The first assessment is about government openness, defined by the extent to which government shares information, gives people tools to hold government accountable, and encourages citizen participation in public policy debate. This factor measures whether basic laws and information about legal rights are published and assesses the quality of information published by the government. The rights assessment focuses on a relatively modest menu of rights that are firmly established under the UN Universal Declaration of Human Rights and are most closely related to rule of law concerns.

In the area of ​​order and security, Bulgaria is again down two positions - to 51st from 49th place.

In the implementation of proper civil justice, Bulgaria maintains its last year's position - 66th, and in criminal justice it has deteriorated by one position - to 72nd from 71st in 2021. The WJP Rule of Law Index measures whether ordinary people can resolve their grievances peacefully and effectively through the civil justice system. It measures whether civil justice systems are accessible and affordable, and whether they are free of discrimination, corruption and undue influence by government officials. It examines whether court proceedings are conducted without undue delay and whether judgments are implemented effectively. It also measures the accessibility, impartiality and effectiveness of alternative dispute resolution mechanisms. An effective criminal justice system is a key aspect of the rule of law as it is the conventional mechanism for redressing complaints and prosecuting individuals for crimes against society. An assessment of the provision of criminal justice should consider the whole system, including the police, lawyers, prosecutors, judges and prison staff.

Globally, the Scandinavian countries once again occupy the top places in the ranking of compliance with the rule of law, with Denmark as the honorary leader, followed by Norway, Finland, Sweden and the Netherlands, which this year has knocked Germany out of the golden five.

Last at 140 is Venezuela, which ranks just behind Cambodia and Afghanistan at 139 and 138.

Globally, 4.4 billion people live in countries where the rule of law has declined in the past year.

"We are emerging from the pandemic, but the global recession in the rule of law continues," said Elizabeth Andersen, executive director of the World Justice Project. "At its core, the rule of law is about justice—that is, accountability, equal rights, and justice for all. And a less just world will certainly be more unstable."

Data from the Index show that authoritarian trends that predated the pandemic — such as weaker executive control and increased attacks on the media — continue to undermine the rule of law globally.

However, the decline is less widespread and extreme than last year, when the Covid shutdown dramatically disrupted justice systems and governments exercised emergency powers that curtailed civil liberties and bypassed transparency mechanisms.

The WJP Index is the world's leading source of independent data on the rule of law. It is based on extensive surveys of more than 154,000 ordinary people and 3,600 legal practitioners and experts to measure the rule of law on eight factors. Factor scores are averaged to determine an overall rule of law score for each country.

Some of the biggest global declines this year have been in the index's factors associated with rising authoritarianism and the long-term erosion of the rule of law. This year, respect for fundamental rights has declined in two-thirds of countries. Control of state power — such as oversight by the judiciary, legislature, and media — has declined in 58 percent of states this year.

The other major factor driving the global decline this year is civil justice, largely due to continued pandemic-related delays, weakened law enforcement and increasing discrimination in civil justice systems. Scores for this factor have declined in 61% of states this year.