Bulgaria: A Hotel was Built with Money designated for the "Hemus" Highway 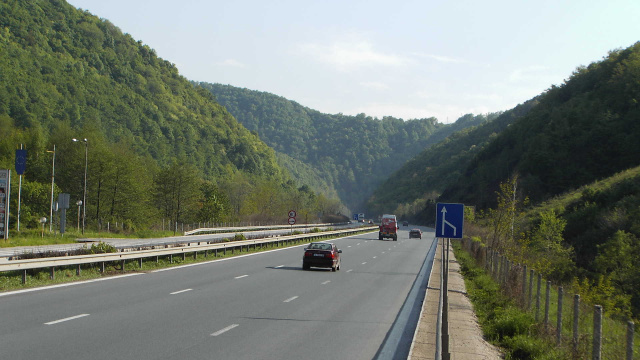 “There is some improvement in the joint work of the Ministry of Internal Affairs and the Prosecutor's Office.” This was stated by the Acting Minister of Internal Affairs, Ivan Demerdzhiev, giving as an example the investigation on the "Hemus" highway.

The minister announced that among the nine defendants for abuses related to the construction of the "Hemus" highway there are representatives of "very interesting companies", without, however, naming names:

"There is some improvement mainly at the territorial level. There are proceedings that have started. You already know, we also have the first results - we have 9 persons brought to criminal responsibility in the Hemus case. And I appeal to you to look very carefully at who these persons are. Because this are not those citizens, unknown to anyone, anonymous, that you saw on television at the beginning of the case.

You will see them associated with very interesting companies. To me, they look like high-ranking, serious companies. Who these companies are connected with, you know very well, over the years."

Demerdzhiev considered it a fulfilled promise that the number of persons under investigation had expanded to nine. He commented on the claim of his predecessor, Boyko Rashkov, that a villa settlement was built with the money designated for the "Hemus" highway:

"It's more of a hotel, but I tell you again, let's not get into details. After they went through several companies, they went to build something completely different from the Hemus highway - a hotel," said the minister of internal affairs in front of journalists on the sidelines of parliament.

On the occasion of the letter sent by the chief prosecutor for the establishment of joint teams for the analysis and monitoring of 6 types of crimes, Demerdzhiev commented that the request will be examined to see if there is a basis for the formation of such teams.