Vucic accused Pristina of Threatening the Stability, Peace and Survival of Kosovo Serbs 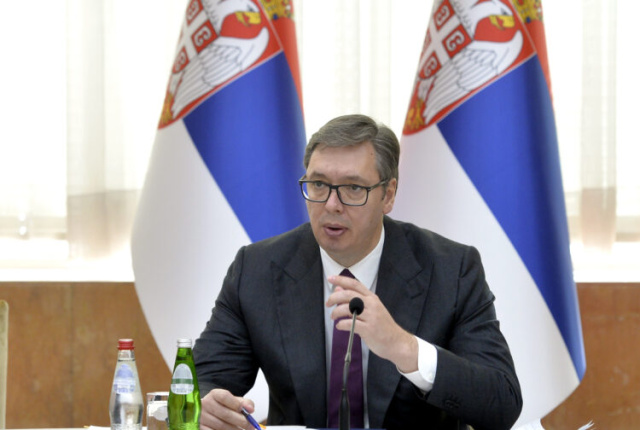 Serbian President Aleksandar Vucic has accused the Kosovo government of endangering the stability, peace and survival of Kosovo Serbs with its stubborn refusal to once again extend the deadline for re-registration of cars with old registrations from Serbia.

After a meeting of the National Security Council in Belgrade, Vucic once again declared that the government of Serbia, which does not recognize the secession of Kosovo as an independent state, fully supports the Serbs there.

"We will not surrender," declared Vucic. But he added that he called on the Kosovo Serbs not to provoke anyone and not to succumb to provocations by anyone and that everything they do should be democratic and peaceful.

The chairman of the Serbian List party, which is dominant among the Kosovo Serbs, Goran Rakic, said after a meeting with Vucic that if there is violence against them, they will respond with a peaceful and democratic protest.

Kosovo Prime Minister Albin Kurti is adamant that the next deadline - Monday, October 31 - for re-registration of cars will not be extended.

Although only about 15 out of nearly 10,000 cars have changed numbers with the abbreviation RKS - Republic of Kosovo. So far, Kurti has not responded positively to calls from the EU and the US to postpone for another 10 months, in order to avoid an outbreak of tensions in Kosovo.