Candidate to Expo 2030: Rome and its Eternal Evolution 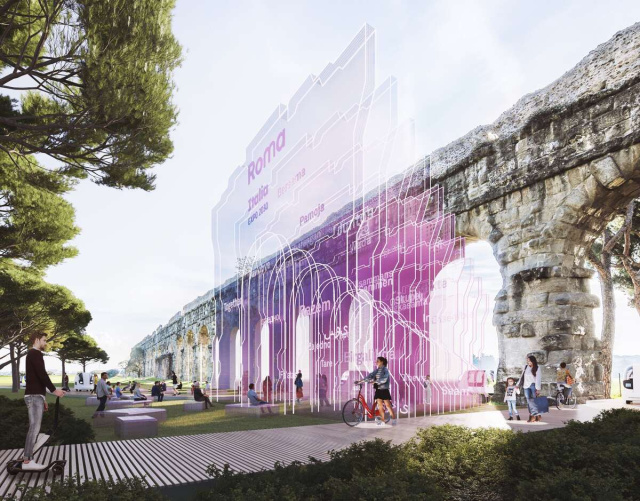 A stroll through the centre of Rome is all it takes to realise how it came to deserve the title of ‘the Eternal City’. Layer upon layer of history is visible to the eye, a stratification that provides precious information for scholars, a unique environment for its inhabitants and a source of wonder for visitors from every corner of the world. For almost three thousand years, Italy’s capital has been a paragon of continuity, capable of adapting to change and reinventing its present. Its extensive artistic heritage bears witness to how Rome has adapted to changing situations over the course of the millennia. Now this city is presenting its candidature to host the Universal Exposition in 2030.

Ever since antiquity, Rome has shown the way by inventing state-of-the art solutions to fulfil the needs of its communities (it already had one million inhabitants at the time of Emperor Augustus!). One such feat is the futuristic network of aqueducts that earned Rome the title of “Regina Aquarum” (queen of the waters), or the network of consular roads that connected the Eternal city with all the provinces of the peninsula and the Empire (all roads lead to Rome). Rome’s vision for the Expo stems from this capacity to harness its past heritage and accurately assess its current needs with a view to creating a sustainable future.

Rome, since its inception, given its location in the centre of the Mediterranean and a crossroad between three continents, has sourced ideas and talent from beyond its borders. The exceptional collection of art and culture would never have existed without the contributions of many other cultures. Rome as a result is a unique tapestry of history, nature and peoples, a modern capital visited by millions of travellers, where people have been living together, united by the values of freedom and mutual recognition as was the case two thousand years earlier.

Rome is also the metropolis with the largest green belt in Europe. It’s city parks, historic villas and natural surroundings endow it with a special balance, a long-standing integration between citizens and nature that can stand as an example for the future. Not surprisingly, Rome is the largest agricultural council in Europe: it boasts extensive and often innovative agricultural activities. Once again, its past heritage acts as a boost rather than a burden, a strong platform for sustainable solutions for our shared future.

Rome has not opted for an immediately newsworthy proposal; it is not trying to grab attention by referring just to its past. It has instead chosen a programme slogan that focuses primarily on the present and the future: “People and territories: urban regeneration, inclusion, and innovation”. The theme outlines a challenge that is common to all international communities and embodies the recommendations contained in the United Nations 2030 Agenda. 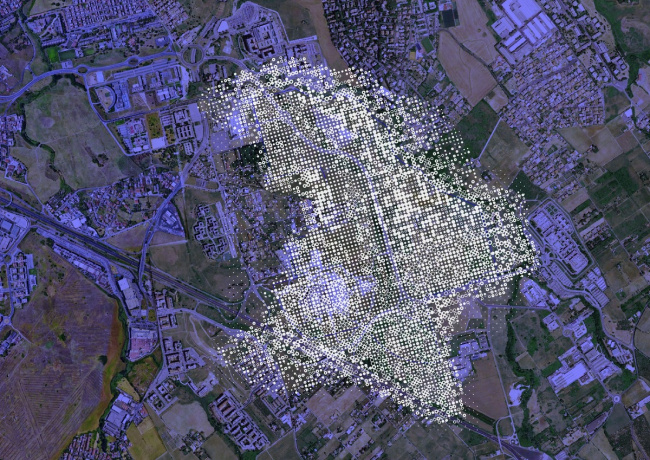 This theme choice concerns our entire planet and all its inhabitants. It covers sectors such as the evolution and regeneration of our territories now facing the threats posed by climate change and the devastating effects it carries with it; the diversity and inclusion of our communities; the sustainability of our urban agglomerations and the need to adopt a circular economy; local, national and international decentralisation and mobility; digital connectivity as a flywheel for economic and social development. Expo 2030 Roma intends to address these issues by stimulating engagement among the various participants, outlining a shared path and identifying joint solutions. 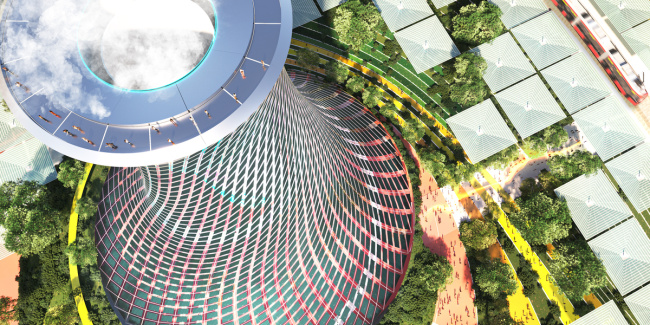 Rome does not intend to undertake this process to enhance its own visibility. The focus is on engaging participating countries in a collaborative and operational effort that will come to fruition for the Expo. To this end a series of joint projects and initiatives will also be undertaken in the intervening years to define and manage the different national agendas and requirements. 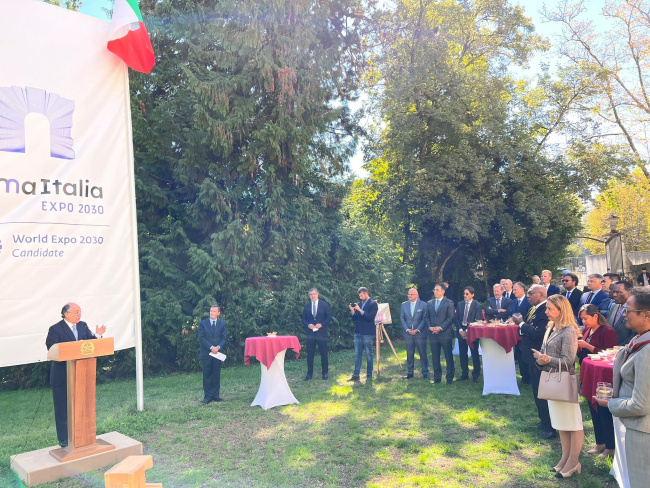 The site chosen to host the World Expo 2030 is located in an area on the outskirts of Rome connected to some of the city historic sights and adjacent to one of Rome’s university campuses which will act as a go-between with the Italian capital’s extensive scientific community. The event masterplan, drawn up by Architect Carlo Ratti, aims to set new sustainability standards by eliminating CO2 emissions and reuse of construction and other materials while safeguarding the vital water, air and energy cycles. In short, the site, in addition to being self-sufficient, will also produce clean energy for the benefit of its neighbouring territories.

Rome is also a major hub of a unique transport system. All major European capitals, the Balkans, North Africa and the Middle East are within a two hour flight from Rome, and within three hours one can reach the entire European and Mediterranean area, from Ankara, to Beirut and Cairo. An advanced system of air, road and high speed rail links means that all the main Italian destinations are close at hand. In 2030 these times will be almost halved thanks to the new infrastructure projects planned by the Italian government.

Rome is also a world diplomatic capital. It hosts 139 embassies of different countries, in addition to those accredited to the Holy See and San Marino. It also hosts 130 Embassies to the UN’s Agri-food hub (FAO-IFAD-WFP) and others accredited to the Order of Malta. There are a total of approximately 430 embassies present in Rome and close to three thousand resident diplomats, not to mention the many Cultural Institutes. Rome is also a very lively social hub, featuring several cultural Associations and NGOs that range from charities to care institutes, education and training organisations, the promotion of technological literacy, environmental protection and activities centred around food and agricultural production. 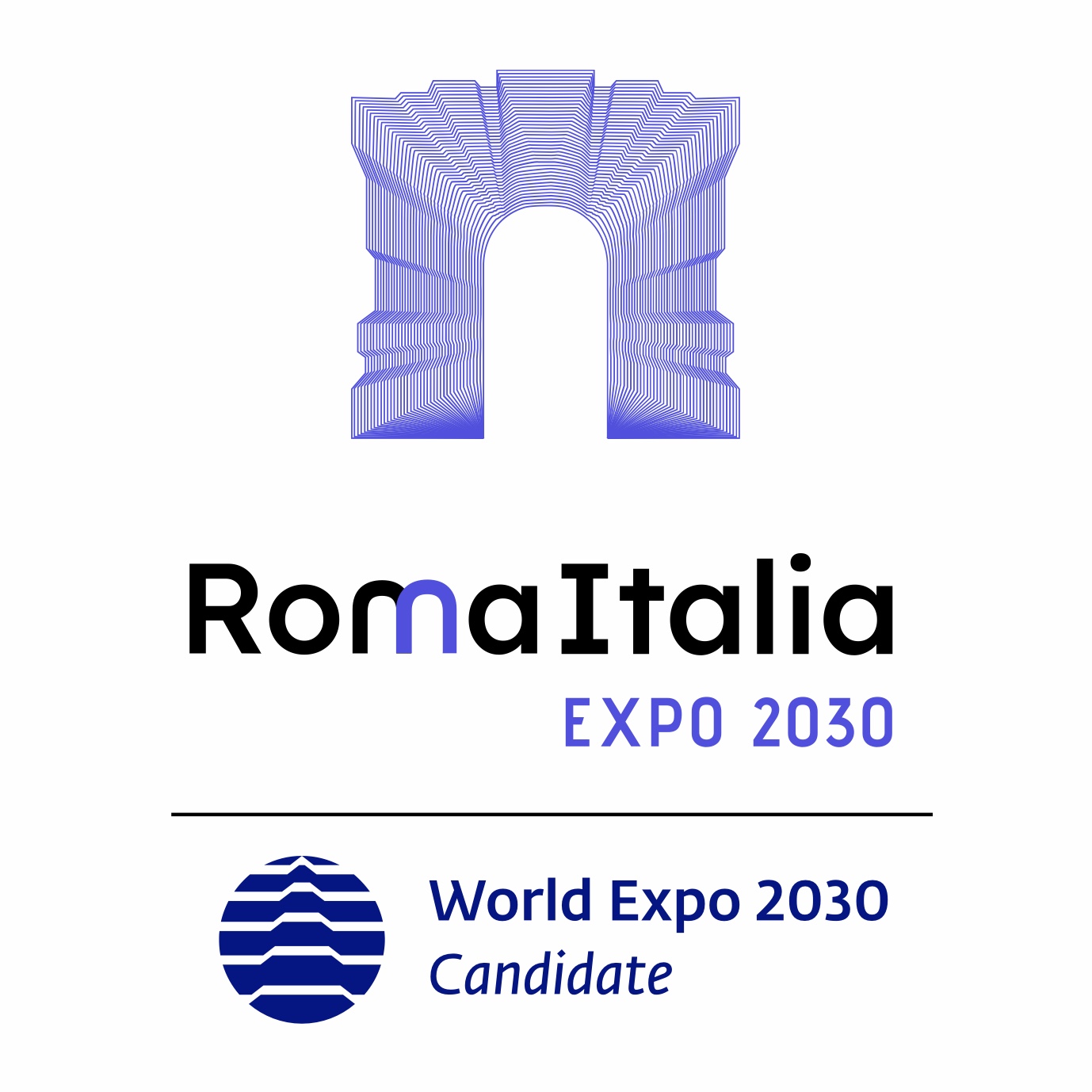 Finally, the Rome 2030 logo: it’s a stylized arch, which changes colour to gives rise to an infinite series of combinations. It stands for robustness, matched by the elegance of ancient Roman monuments obvious references to our digital present. The arch is a gateway, a doorway open to new and diverse influences. It also points to a shared path and a range of opportunities that include the co-creation of many diverse national pavilions. It is expected that 30 million visitors will pass through this Roman arch in 2030, on their way to exploring the exhibition pavilions of over 150 different countries.

The most recent Universal Exposition was held in an Arab country, the United Arab Emirates (Dubai 2020-2021). The next one will be held in Asia, in Japan (Osaka 2025). Without any candidate cities from Africa or Latin America, it is legitimate expectation that the 2030 edition will be held in a capital of the European Union.

For any further information and all the materials regarding Rome’s candidature please visit the candidature official web site (https://www.expo2030roma.org/) and follow its social network channels.

We await you in Rome!