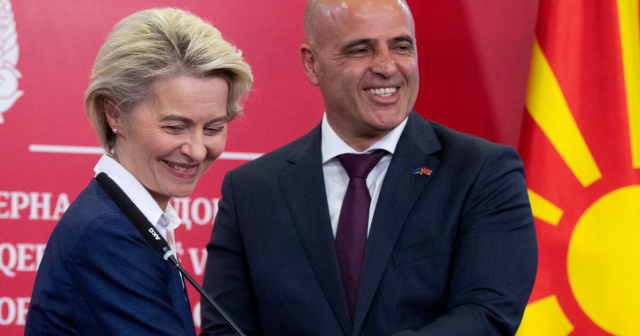 The European Union has committed to provide 500 million euros to improve the energy infrastructure in the Western Balkans, said the President of the Commission Ursula von der Leyen in North Macedonia.

According to Von der Leyen, the aid will start with 80 million euros of immediate budget support for North Macedonia to "help overcome the consequences of high energy prices."

"But, of course, there will be more. For example, there are 500 million euros in grants for the entire region for investments in energy connections, energy efficiency and, of course, renewable energy sources," explained Von der Leyen.

Part of the support is through the joint purchase of gas on the world market, AFP reported.

"The energy and economic crisis caused by the war in Ukraine united Europe. Only united can we deal with the lack of energy and food," said the Prime Minister of North Macedonia, Dimitar Kovachevski.

In the coming days, the President of the European Commission will visit Albania, Kosovo, Montenegro and Serbia.