Latvia: Bulgaria's Position regarding Military Aid to Ukraine is Incomprehensible and Close to Treason 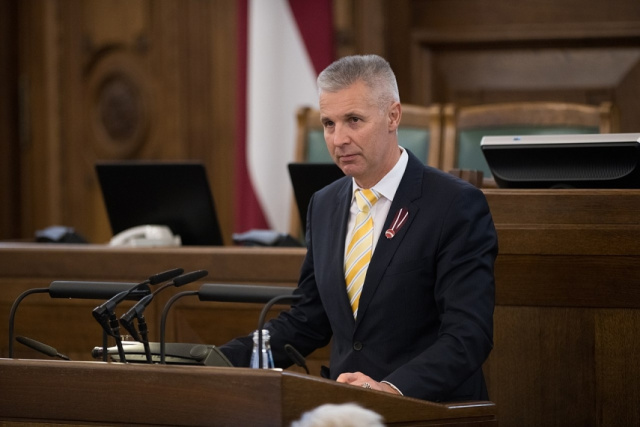 The position of Bulgaria and Hungary regarding the refusal to provide military aid to Ukraine is incomprehensible and "close to treason", said Latvian Defense Minister Artis Pabriks.

Minister Artis Pabriks was interviewed by Radio Free Europe. He commented on Russia's nuclear threats, EU aid to Ukraine, Latvia's support for Ukraine and the positions of Bulgaria and Hungary.

"I think that to some extent this position in the European Union and in NATO is basically very close to treason," he said regarding the refusal of Bulgaria and Hungary to provide military aid to Ukraine.

“I would think that because I cannot understand such a position, I do not approve of it. And I think that the politicians and countries in the European Union and NATO that supported this position, the ones you mentioned, will be treated very badly afterwards," Pabriks added when asked if he had discussed the position of Bulgaria and Hungary with his colleagues from the other member states of NATO and the EU.

The minister was also asked which countries he considered traitors.

"I don't want to name them yet. But in my personal opinion, in the opinion of Latvia, the outcome of the war in Ukraine, in principle, will have a very serious impact on the interests of my country, my people," he stated.

"And if someone is a member of the European Union and NATO and goes against the interests of my country, how can I call it anything else," Pabriks asked.