Gambling Laws in Florida: What to Lookout For? 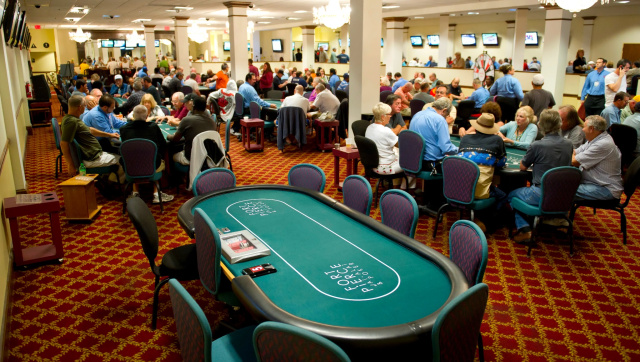 In the United States, gambling regulations are regulated on a state-by-state basis and can vary significantly between jurisdictions. Today, we take a look at Florida & its attitude toward this popular pastime, as well as how other parts of the country compare to Florida in this regard.

At this time, it’s a bit confusing for everyone to understand all the details around online casino Florida legislation since they’re changing so frequently. There is no regulatory body that allows internet casinos to have their bases of operations or to be licensed inside the state. Because of this, there are no local restrictions placed on the kind of people who are allowed to gamble at offshore-based online casinos, where anyone age-appropriate can just register and play.

In Florida, the legal age to gamble in land-based casinos is 21, but the majority of offshore casinos, including the ones covered in this book, accept customers who are at least 18 years old. Gambling establishments can only be found on land that is held by the Seminole Tribe, in the form of racinos, or on water boats.

This implies that people who are interested in playing online slots or table games are required to use offshore casino websites in order to do so.

Gambling and Land Based Casinos

When compared to other states, Florida is not all that dissimilar to those other states in that it imposes some limits on land-based gambling that are considered to be very substantial. Lands that are owned by Native American tribes are the only areas in the state of Florida where casinos are permitted to legally conduct business.

The Seminole tribe is home to the largest number of casinos in the state. To gamble at regulated casinos, Floridians are required to head to this location. However, there is a gaping hole in this argument as well.

People in Florida were using cruise ships to travel outside the territorial boundaries of their state and into international waterways in order to get around this law. However, since 2016, these have also been prohibited, which means that residents of Miami and visitors to the city are forced to make do with a number of fake casinos.

In recent years, there was also a prohibition placed on the sport of greyhound racing; on the other hand, horse racing is not illegal. But this is only the case if wagers are placed locally. Taking part in the national lottery is also permitted, and there are over 13,000 lottery merchants situated all across the state.

This activity was first given the go-ahead in 1986. Customers have the option of playing games that are popular throughout multiple states or games that are played only locally, in addition to terminal gaming or scratch-off tickets.

But what about betting in a social setting? That is permitted, provided that it takes place in your home; nevertheless, there are some restrictions, such as the requirement that the game is played for a penny per person. The competitions have to take place in private homes that either belongs to one of the players or can be rented from them.

The players are only allowed to win a maximum of ten dollars per hand or for the entirety of the game, which is a somewhat low limit in comparison to other states.

How things turn out is up to time. However, the greater the number of people who enjoy gambling as well as online gaming on their mobile phones and devices, the more likely it is that this move will be made to lighten the regulations that govern gambling in the state.

This is especially true now that new generations are getting into casino games at both land-based casinos and online. There is a good chance that we will observe some progress toward the legalization of gambling in the not-too-distant future.

There is still a significant amount of work to be done in the state in order to bring about changes in legislation as well as perceptions. However, there is already established practice in other states that Florida can learn from.

The Future of Gambling in Florida

Gamblers should expect a lot of shifts in the landscape of the gambling industry in the years to come. As a result of a decision handed down by the Supreme Court in 2018, the complete prohibition on betting on the outcomes of sporting events is no longer something that can be enforced at the national level.

This gives individual states the authority to decide for themselves whether or not they must also lift the ban and allow residents of the state as well as visitors to the state to place bets on the outcomes of sporting events.

On the other hand, Florida and a number of other southern states have expressed their dissatisfaction with this verdict. In these states, there is opposition to betting on sports for a variety of reasons, including some that are ideological and some that are business-related.

Gambling is controlled in the state of Florida in an extremely specific fashion, and any modifications to these restrictions would cause some of the private operators, particularly those who operate on tribal territory, to become upset.

Even if there are some benefits associated with taxation, there is also the possibility that attempting to make these changes could set off a domino effect that would lead to the legalization of gambling across the entire state. This has the potential to add to the societal issues and anxiety that are already associated with gambling.

On the other hand, things might be changing. To make up for budget deficiencies, the Seminole Tribe is actively engaging in discussions with state lawmakers that may result in the drafting of legislation on the regulation of mobile sports betting.

It is a step that Florida is taking that follows a precedent set by the state of New Jersey, which permits gamers of legal age to participate in online gambling. This could be the most talked about international legislation story after the EU’s approval to introduce a common charger for all sorts of smartphones.