Europeans are Closing Shops, squeezed by the Economic Crisis 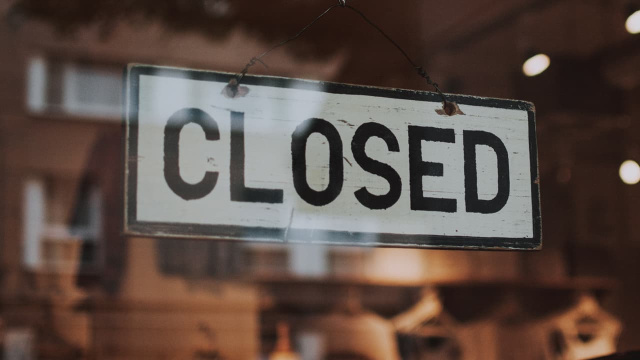 For two years, businesses received significant government support because of the pandemic, but now rising energy and debt service costs, along with general inflationary pressures, are putting the recovery of small and medium-sized businesses at risk, EURACTIV writes.

Business bankruptcies, especially SMEs, increased steadily in 2022 and are expected to continue in 2023 across the EU, "due to a weaker economic outlook with high inflation and energy prices, as well as monetary tightening policy and a reduction in government support," according to debt collector Atradius Collections.

Business bankruptcies have risen by 69% in France over the past year, the first time in more than 25 years, consulting firm Altares Dun & Bradstreet found earlier this month.

The risk of bankruptcy has also risen in Italy from 11.4% to 16.1%, with almost 100,000 companies at high risk, according to data from marketing research agency Cerved.

A similar trend can be seen in Poland, where data from the Ministry of Development and Technology on business closures show that 104,300 applications to close shops have been submitted to the authorities so far this year, up 25.8% from last year. Applications for temporary suspension of activities have also increased by 39.4% in the last twelve months.

The situation is even worse in the UK, where "more than one in 10 UK businesses reported a moderate to severe risk of insolvency in August 2022", according to the Office for National Statistics. By September 2022, default levels had exceeded pre-Covid levels, making the UK one of the worst affected countries.

While government support for COVID has kept the number of firms at risk of insolvency low, it is interesting to note that high levels of insolvency can be seen in markets where fiscal support has been suspended, Atradius Collections found. Austria, Belgium, France and the United Kingdom top the EU list.

Analysts are also quick to point out that the numbers are artificially inflated by zombie companies - "companies that exist to get money at extremely low interest rates and central bank programs," Allianz Trade said.

How many of these zombie companies actually exist is hard to say - the French Audit Office spoke of no more than 2.5% in a report published in July.

For some SMEs, however, the struggle is real. "150,000 SMEs are at risk of sudden insolvency," French employers' union secretary-general said last week, as energy contracts are due to be renegotiated for the next calendar year and costs are expected to rise by up to 250%.

EURACTIV revealed back in August that 20-30% of SMEs could become insolvent by the end of the year, according to the trade union SDI.

The state-guaranteed loans added an extra burden on French companies, which are now forced to repay them after a two-year delay. More and more SMEs with functioning business plans are running out of cash, and debt rescheduling, although an option, is almost never used, the French central bank told EURACTIV.

Polish economic information exchange platform Krajowy Rejestr Długów also outlines a similar, albeit less large-scale, trend: "gasoline and energy prices affect the financial condition of businesses" and "some businesses will certainly suffer, although it is difficult to say how much," a company spokesman, told EURACTIV.

Inflation reached 15.6% in September 2022 on an annual basis, which is five percentage points above the EU average of 10.9%. Even countries that have not experienced significant growth are expecting a change as winter approaches.

Germany, which has seen business bankruptcies fall by almost 20%, is poised for a surge as the energy crisis hits business growth, particularly energy-intensive companies and business-to-consumer services, which are hardest hit by the drop in consumption. Bakeries that fall into both categories are at the center of public attention.

It should be noted that unlike its neighbors, the German government's pandemic payments were in the form of grants, not loans.

Government funding has until now shielded companies from the worst effects of the energy crisis.

In 2022, Italy introduced eight legislative measures aimed at limiting electricity, natural gas and fuel costs, as well as indirect measures aimed at protecting household purchasing power and business liquidity - for a net borrowing cost of 54.4 billion euros, or 3.5% of GDP in 2021, according to a report by the Bruegel think tank.

The same goes for the German government's controversial €200bn "economic shield", €91bn of which will be used to curb gas prices.

Heavy lobbying by employers' unions prompted the French government to act, with Economy Minister Bruno Le Maire announcing the creation of an "electricity guarantee" ahead of energy contract talks, although details have yet to be revealed.

Debt rescheduling is also available through a special service at the French central bank, although unions and industry have highlighted a clear limitation - any rescheduling would add the company to a list of "payment defaults", enough to scare off potential customers and investors.