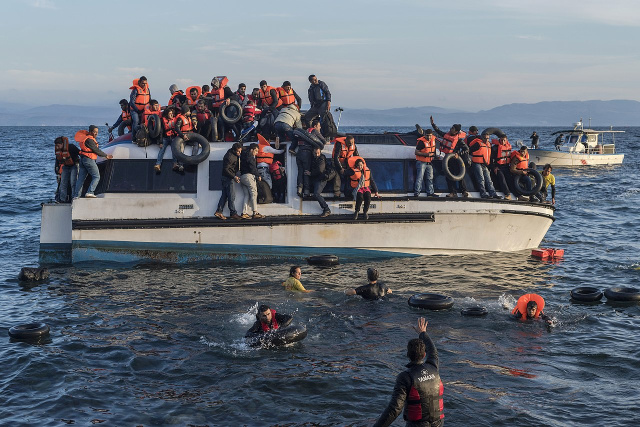 More than 29,000 people have died on migration routes to Europe since 2014, and 5,000 migrants have died in the last two years alone, the International Organization for Migration (IOM) said in a report published yesterday.

The IOM warned of "increasing deaths along migration routes across the Mediterranean, along land borders to Europe and within the continent".

According to the report, the deadliest migration route continues to be the Central Mediterranean, where 2,836 migrants have died since January 2021 trying to reach Italy or Malta across the Mediterranean from Libya and Tunisia.

The second deadliest route is across the Atlantic from West Africa to Spain's Canary Islands, where more than 1,500 deaths have been recorded since 2021.

However, IOM experts admit that their figures are likely to be understated because of the difficulty in collecting and confirming information on so-called "invisible shipwrecks" - boats that disappear at sea without any witnesses.

An increase in the number of deaths was also observed in other border regions of Europe, as well as in Greece, the Western Balkans and the English Channel, the report said.

Many of the deaths could have been prevented by timely and effective assistance to migrants in distress, experts from IOM's Missing Migrants Project, who compiled the grim statistics, said in a statement.

For the first time, they also report data on deaths related to the so-called returns, or forced expulsions of migrants by the authorities in European countries. In this connection, 252 deaths are mentioned, the data being based on the testimony of survivors.