Giorgia Meloni: Italy may Fall into a Recession in 2023 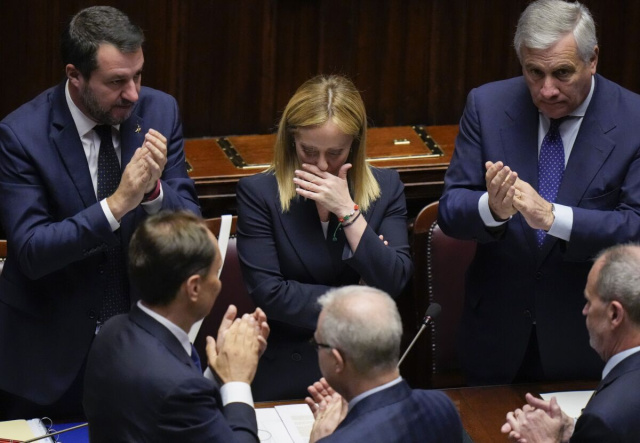 Italy's new government faces some of its toughest challenges since World War II and the country's economy could slip into recession in 2023, Prime Minister Giorgia Meloni said in her first speech to Italy's parliament, Reuters reported.

Meloni said her government would have to spend a lot to limit the impact of the energy price crisis, and her government would offer financial support to families and businesses affected by the energy crisis. She warned that the high cost of doing so meant her administration might have to delay some of its more expensive campaign promises and would have to delay some expected measures from the 2023 budget due next month.

She added that her right-wing nationalist coalition would guarantee public ownership of key infrastructure, such as highways and airports. She also promised to introduce gradual tax cuts and cut red tape.

Meloni cited an International Monetary Fund forecast that Italy's economy would contract by 0.2 percent in 2023. But she added that Italy's finance ministry was more optimistic, expecting growth of 0.6 percent in its latest forecast.

The lower house will hold a vote of confidence in the new government later in the day, which Meloni should win comfortably. A similar vote is expected in the upper chamber of the Senate on Wednesday.