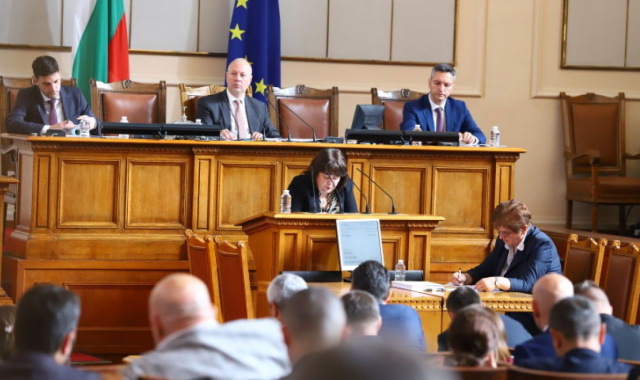 “If a regular government is not formed, the official cabinet will propose that this year's budget be implemented after the New Year”. This was announced by the Caretaker Minister of Finance Rositsa Velkova during her hearing in the parliament, which takes place in two procedures - at the request of the Bulgarian Socialist Party and GERB-SDS, respectively.

The over-implementation in the treasury is currently under BGN 1 billion, announced Minister Velkova. According to her, this number should not bring optimism, because the biggest costs are ahead.

Because of the planned deficit, it is necessary to take out a new state debt, Velkova stressed:

Rositsa Velkova presented the basic budget prepared by the ministry for next year, but emphasized that the official cabinet has no right to make policies, therefore it keeps the existing ones.

During the hearing, the various political forces reacted differently to the data presented by Rositsa Velkova. Some of them express concern that social payments will be withheld, and others - that the deficits will increase over the years, therefore the general indebtedness of the state also.

Another political emphasis - BSP called not to look for "contactors" for next year's budget, as proposed by GERB.

According to the “left”, this is not a working model, which was proven by the Plevneliev-Passy meetings. According to BSP, the financial framework should be worked out in parliament.