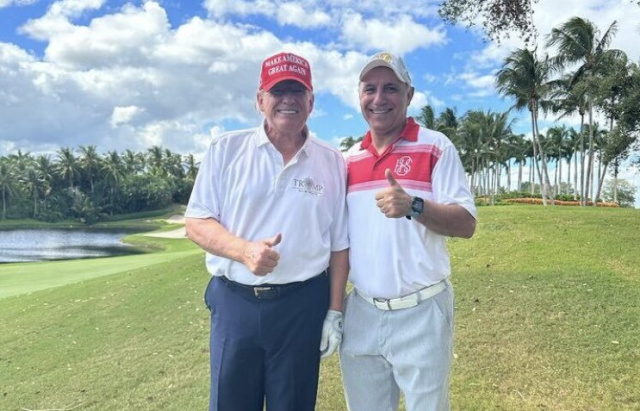 Bulgarian football legend Hristo Stoichkov boasted that he played golf with former US President Donald Trump at his course in Palm Beach, Florida. The winner of the Ballon d'Or posted photos on Instagram of the Sunday afternoon spent in the company of the 45th president of the United States.

“A great afternoon playing golf with former president Donald Trump & my friends,” wrote Stoichkov on the social network. Trump is one of the most famous golfers in the US and owns several courses in the country as well as in Ireland, Scotland, Dubai and Indonesia.